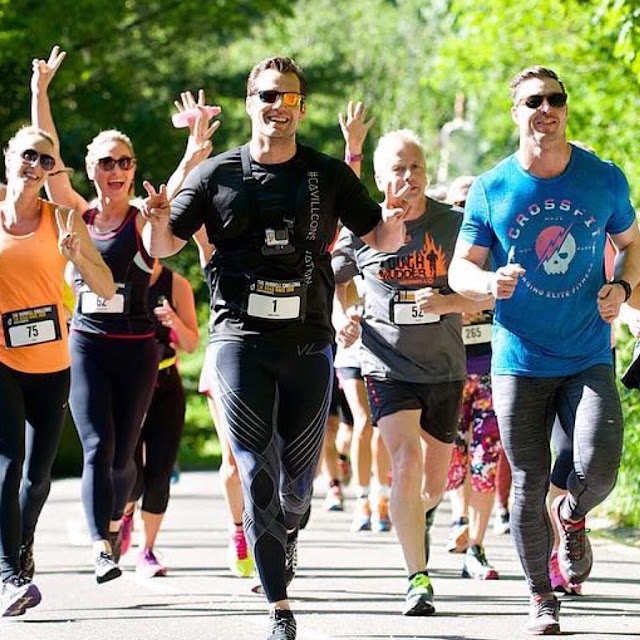 CONFIRMED! The Durrell Challenge will return on 14 May 2017, again with the fantastic support of Henry Cavill! https://t.co/aaYnFAzN3V pic.twitter.com/sfnWwk5Qbj
— DurrellChallenge2017 (@TheDurrellChall) October 31, 2016


It's definitely not tricks but treats for us this Halloween!

The initial details for next year's Durrell Challenge have just been released.


"We look forward to welcoming local and overseas runners of all abilities to the 13K race and to our *NEW* super hero stroll. In addition we cannot wait to welcome you all to our fantastic family fun day, lets #doitfordurrell

Keep posted for the opening of registration and for further announcements.

There is your invite guys, who is joining Henry in Jersey?!.. he's ready:

“We’re 6 months away from the next Durrell Challenge! My training while not in earnest has indeed begun. I’m very much looking forward to seeing you all there! Hopefully I’ll be a little better at the hills this time!”

This year's run was a huge success (and a lot of fun), and Lee Durrell is proud to have Henry returning to host the event:


“In announcing the second ever Durrell Challenge, I am thrilled to say that Henry Cavill will be with us again. Henry has been a fantastic Ambassador for Durrell, and with Henry running in the 2017 Challenge, I am sure the day will be a memorable one for everyone involved – the runners, the families and children visiting the Wildlife Park and maybe even for the animals!”

Start planning for next May and learn all about the 2017 Durrell Challenge at doitfordurrell.com.

#DOITFORDURRELL
A photo posted by The Durrell Challenge (@thedurrellchallenge) on Oct 31, 2016 at 10:25am PDT