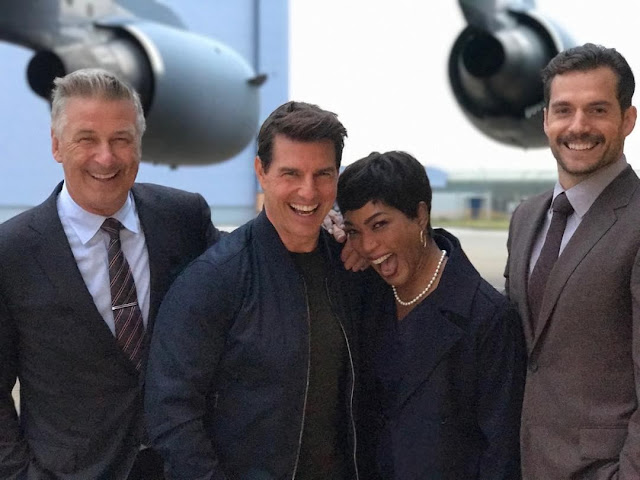 It looks like the production break is over for the stars of Mission: Impossible 6. Tom Cruise has confirmed to Extra, that filming will resume in the next few weeks. In the new clip, he also thanks everyone for their well wishes, as he recovers from a broken ankle after an accident on the London set of the movie. WATCH.


Last we heard from Henry, he was in South Florida helping with the Hurricane Irma recovery effort.

Popped over to Florida to help out some friends. Also got to use a chainsaw for the first time and as you can see it was almost my last time too! Wishing everyone a speedy rebuild process and a chainsaw accident free environment. #HurricaneIrma
A post shared by Henry Cavill (@henrycavill) on Sep 15, 2017 at 2:41pm PDT

No word yet on whether Henry is done filming, but that infamous moustache is still there. Look for the latest production news as it comes in!