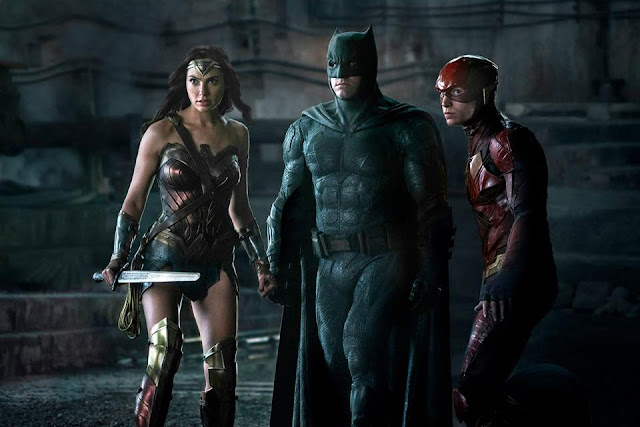 People magazine has released a new Justice League image that's part of their fall movie preview. The article includes a chat with some of the cast including Ben Affleck, who talked about the league's dynamic:

"Wonder Woman is very powerful, Aquaman is very badass — he’s got very strong and stubborn energy, (..) Flash is a lot of fun and full of life and Cyborg is just a very smart and independent person. And we have some new vehicles that are really awesome, like the Flying Fox, it’s so big that it can transport the whole League and can carry a Batmobile."

No mention of Superman, but he's coming!

Read the rest at People Magazine.

While the release of Justice League is still more than two months away, the hype on Twitter has landed the film a spot on their buzzy list of Top Summer  Blockbusters.


The top summer blockbusters according to your Tweets 🎬📊 pic.twitter.com/iPze9Pm1ry
— Twitter Data (@TwitterData) August 30, 2017


We're here for Supes, so keep checking back for the latest updates as November 17 gets closer!