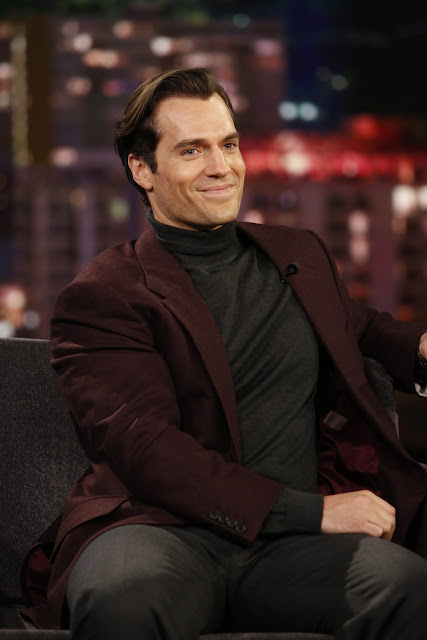 Now that Henry's No.1 Rosemary Water ad campaign is underway, we're getting some new interviews linked to that promo. Henry gave Vogue UK his top 3 strategies for achieving peak mental well being.  He also spoke with British GQ and The Gentleman's Journal.

"I need time for my brain to recover, rather than be under a strict regime at all times." - Henry Cavill talks about the importance of self-care and fasted cardio. https://t.co/HBlcX6j8HP
— British GQ (@BritishGQ) February 5, 2020

UPDATE: Here's his interview with The Financial Times and the one with Harper's Bazaar UK.

What we can all learn from Henry Cavill’s health and wellbeing rituals https://t.co/w9fhzdhdFC
— Harper's Bazaar UK (@BazaarUK) February 12, 2020

You can learn more about Henry's involvement with No.1 Rosemary Water on the company's site.
Posted by Blog Administrator

Email ThisBlogThis!Share to TwitterShare to FacebookShare to Pinterest
Labels: No1 Rosemary Water, Promo