'The Witcher' S2: What We Know So Far 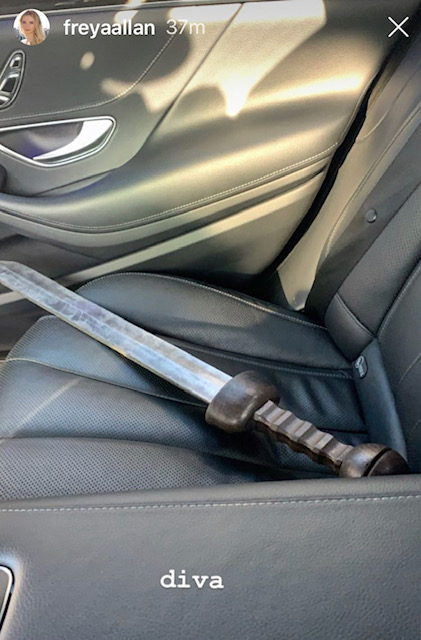 Season 2 of The Witcher appears to be getting ready to go and we're excited to bring you the latest production updates.

Today Freya Allan shared a photo of what appears to be the sword Ciri will be using. Meantime, Lauren S. Hissrich has been busy ironing out the S2 details ahead of the start of production.

As for Geralt's look, stylist Jacqui Rathore is now getting ready to turn Henry into the monster hunter on a daily basis once again.

Those who get excited about this kinda thing will just know.... new wig stand AND all the new products 👏🏼👏🏼....getting ready for Season 2!! #thewitcher2 #wigstands #hairbond #henrycavill #thewigdepartment @hairbond @thewigdepartment

Also, Deadline reports that young actress Carmel Laniado has joined the cast of The Witcher, sharing a short preview of her mysterious role:

"Laniado will join for a minimum of three episodes as Violet, a young girl whose playful and whimsical demeanour is a front for a smarter and more sadistic character."

According to KFTV, filming locations include London, the Isle of Skye in Scotland, Slovakia and the Czech Republic.

Filming is reportedly set to begin this month in the UK.