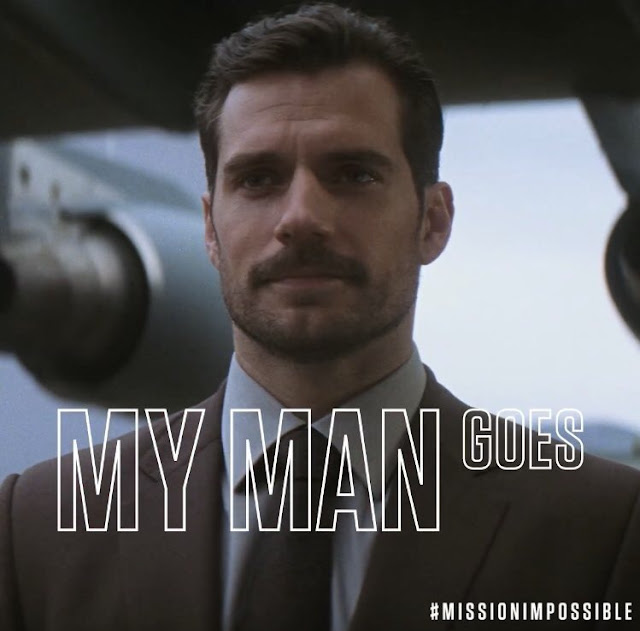 We got a smirk!

Paramount is hyping up the clash factor between Ethan and his new shadow... CIA agent, August Walker. The studio released this short promo that includes that smug smile at the end from Henry.

You know both are gonna bring it!

In the meantime, director Chris McQuarrie today described how he saw Henry, as they shot that bathroom scene for the film. 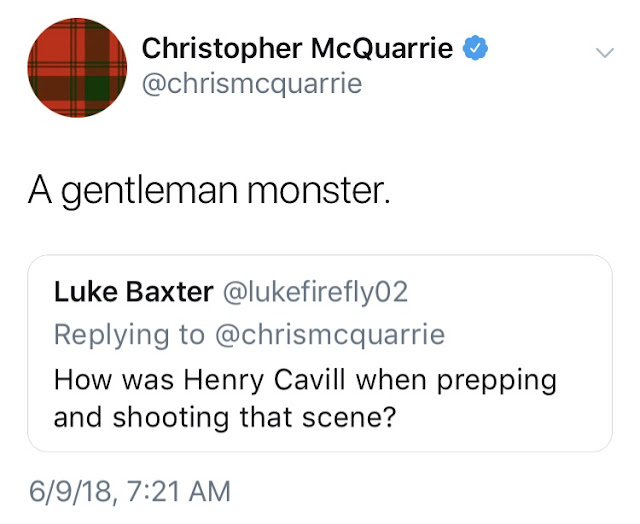 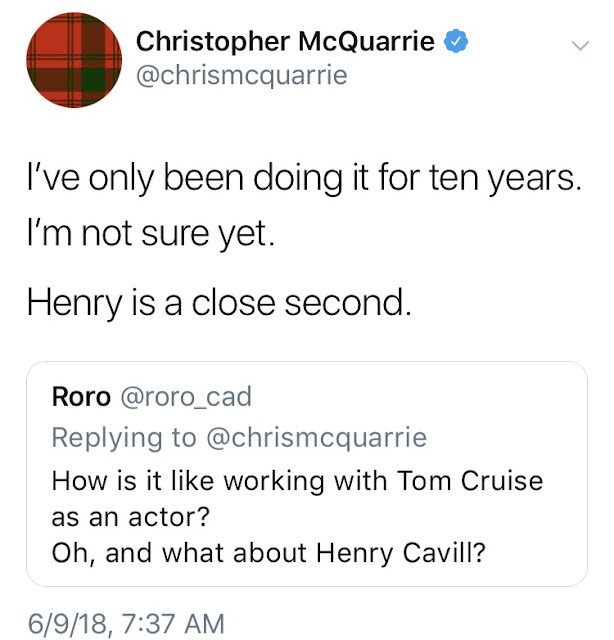 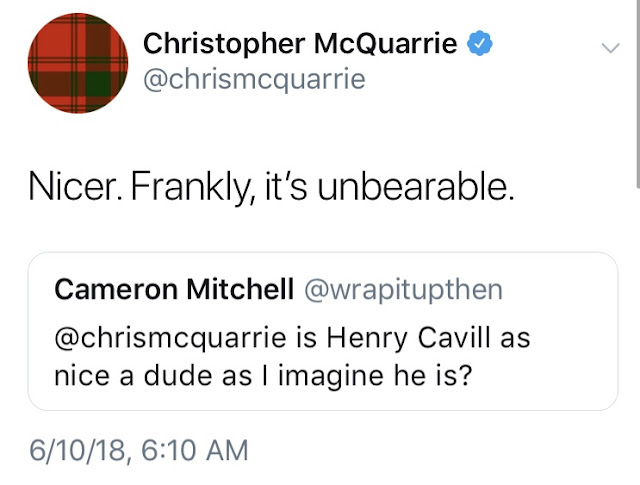 The Mission: Impossible Fallout director has been working on the score for the film with composer Lorne Balfe, with both sharing updates from London's legendary Abbey Road Studios.


Finally, it looks like the Mission: Impossible Fallout world premiere will be held July 12th in Paris. No official confirmation, but several contests (1/2) are now open to try and win a chance to be there.

YOU could win a trip for two to Paris, France to see the premiere of Mission Impossible Fallout. Just sign up here: https://t.co/x9lhy8GXFK for our newsletter! pic.twitter.com/xEi3jHdn3b
— The DSC Show KFM-BFM (@TheDSCshow) June 6, 2018


#PictureLock
A post shared by Christopher McQuarrie (@christophermcquarrie) on Jun 10, 2018 at 11:46am PDT