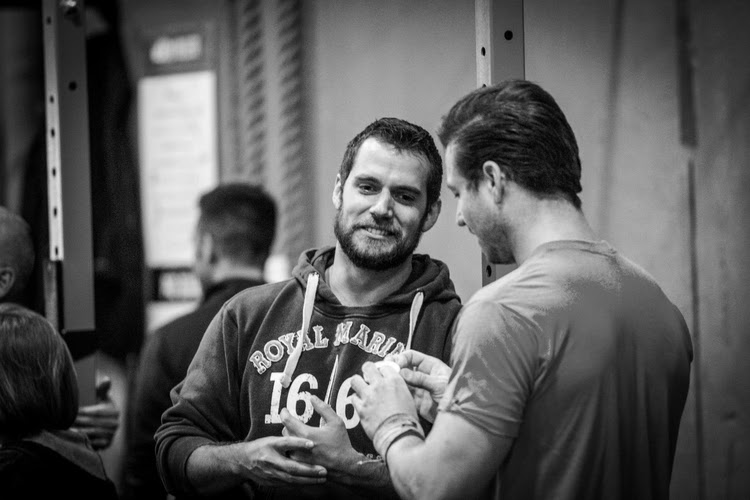 If you followed our updates on Henry's training for Man of Steel and Batman v Superman, you know Michael Blevins (@sworntoblack) was a main participant in that process. During filming in Detroit last year, Henry also showed up to support his trainer in several fitness competitions. Henry's work then continued in Utah and now in London, as Michael mentions in a new post on his site:

I was reminded on a run the other day of why I put my shoes on in the first place, it was not in fact to improve my VO2 max or change my ability to buffer lactic acid. In fact it wasn't conscious at all, it took running past a palace in Hyde Park for realization on the day to take place, and tomorrow it will change. Interestingly enough this is a daily occurrence, superficially the idea is to get fit, move faster, and move more, more times. The expression though that keeps this consistent is fostered in the aftermath or the unplanned. Suffering through purposeful effort builds resolution, relationships, a kindling of sorts for definition of our actions.

Read the rest at gritandteeth.com, and get ready to find out a lot more about Henry's training next week. We had a chance to sit down with Michael recently, to talk about his previous work with Henry and what's to come. Stay tuned for Part 1 of our exclusive, coming next week!
Posted by Blog Administrator