'BvS' Premiere Week Is Here, Starting With Henry On GMA!

Henry has arrived in New York (wearing his cool Royal Marines Charity sweatshirt), ahead of his scheduled Good Morning America appearance tomorrow (thanks to Christine for the heads up).

But first he stopped by Midtown Comics and Forbidden Planet, where he made some fans very happy. 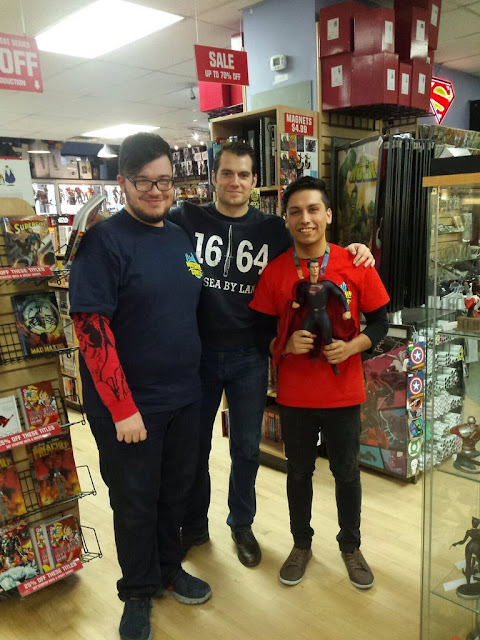 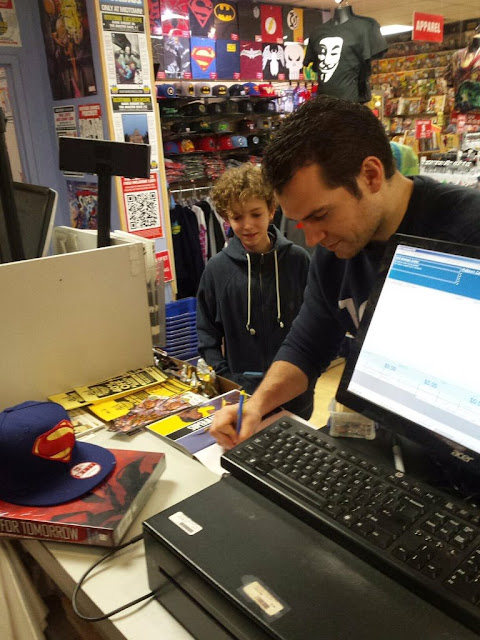 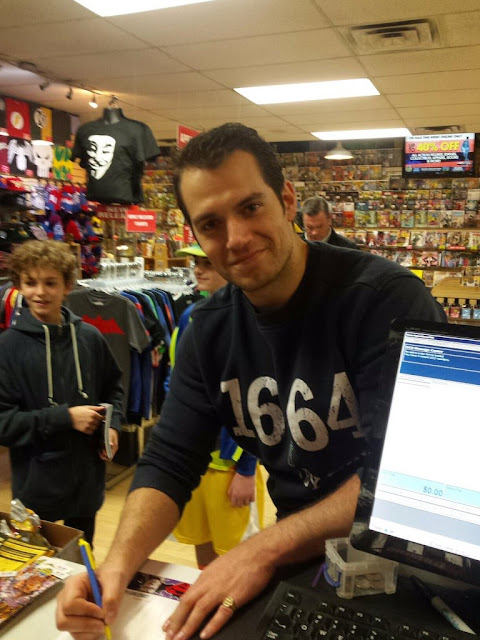 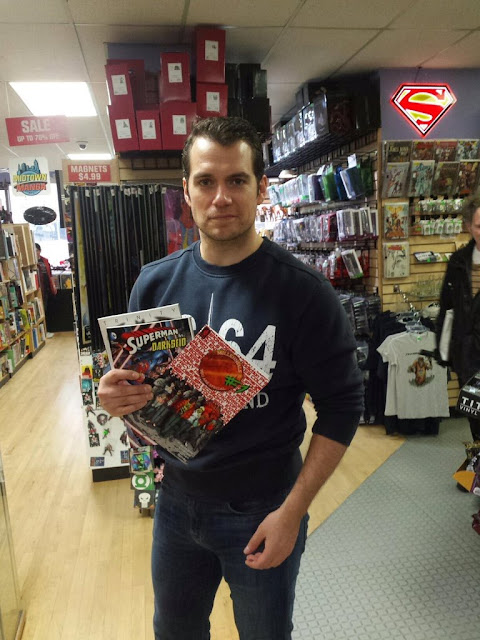 And this is why Midtown Comics Grand Central is my favorite! My favorite Superman walked into the store! #WhoWillWin #Superman #WhoWillWinSuperman #BatmanvSuperman #HenryCavill
A photo posted by Janelle (@jaena_xena) on Mar 13, 2016 at 1:36pm PDT

We loved #ManofSteel and today we got a picture with the man himself! #WhoWillWin #Superman #HenryCavill #MidtownComicsGrandCentral #FullPic
A photo posted by Janelle (@jaena_xena) on Mar 13, 2016 at 3:25pm PDT 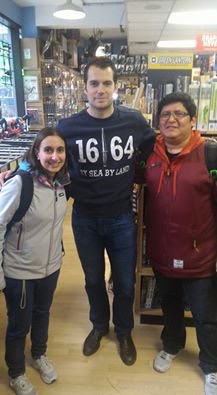 We last saw Henry on GMA during an interview with Ben that was conducted in Toronto last month.

Now it looks like he'll be at their Times Square (Broadway at 44th Street) studio in person, and we're in for plenty of coverage ahead of the Batman v Superman premiere at Radio City Music Hall on Sunday.


Good Morning America gets going at 7:00 a.m. EDT. Look for updates on our social media and a wrap on the blog. Henry will also be a guest on Jimmy Kimmel Live on Thursday, and LIVE with Kelly & Michael Friday.

Here is the list of his confirmed press tour appearances so far.