Halloween On The U.N.C.L.E. Set & Everyone Wants To Be 'Man of Steel' 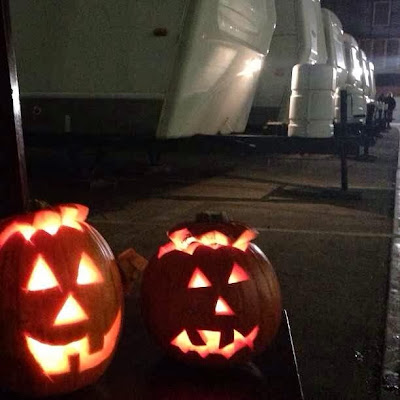 Now that we hear The Man from U.N.C.L.E. is about to wrap at its latest UK location, we can tell you Henry is filming at the Historic Dockyard in Chatham. Andrew Mackness owns a business there, and he talked to Kent Online about what he's seen in the last few days:

"They have been filming along Anchor Wharf. On Monday night they were filming a car chase and have built a set there. It's the only set they have built. They are using the Dockyard's buildings for the rest of it. They have put up German signs and lampposts around."

As we told you earlier this week, the scene appears to be a continuation of the car chase Henry and Armie filmed at the Old Royal Naval College in Greenwich. That was the last time we saw Henry on set. Check out our exclusives pics and don't miss the video of the chase they were about to film, gunshots included!

Interesting to note that director Guy Ritchie filmed part of both Sherlock Holmes films at the Dockyard in Chatham. As work at that location comes to an end, Armie's wife posted that top photo from base camp. So great of her to bring a homey feel to the set. Filming on U.N.C.L.E. continues this week.

medwayscott: Night shoots in the Dockyard. Easily the biggest crew I've seen here. They're everywhere! Still managed to walk the dog though. 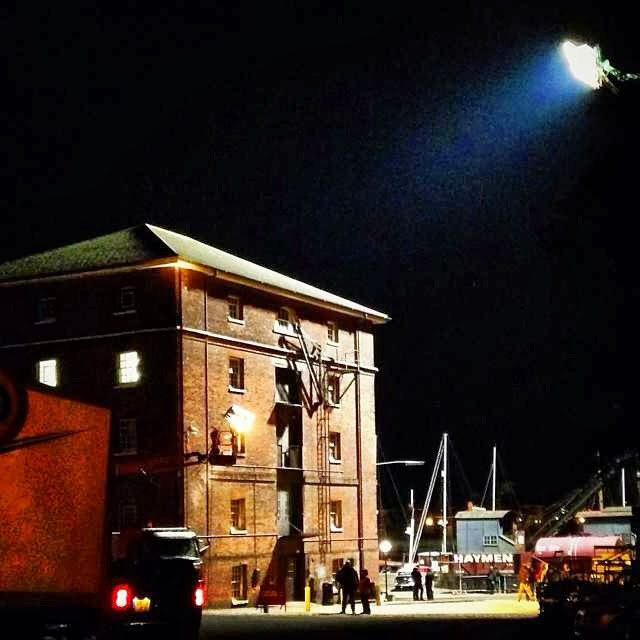 And guess who rules when it comes to Halloween costumes? yes, go ahead and grin Henry.. 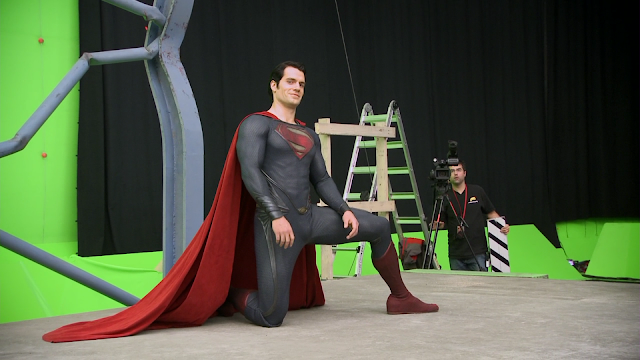 Check out the rest of the BTS caps from the Man of Steel Blu-ray out 11/12.

And Production Weekly gave us all a Halloween treat, by sharing some Batman vs. Superman news last night.

Production Weekly‏@prodweek
BATMAN VS. SUPERMAN has opened a production office at Raleigh Michigan Studios in Pontiac. Patrick Tatopoulos on as Production Designer.

Tatopoulos is no stranger to Henry. He actually worked with him in Blood Creek (Special Effects Makeup). He was also the Production Designer for the sequel to 300, which was produced by Man of Steel director Zack Snyder. 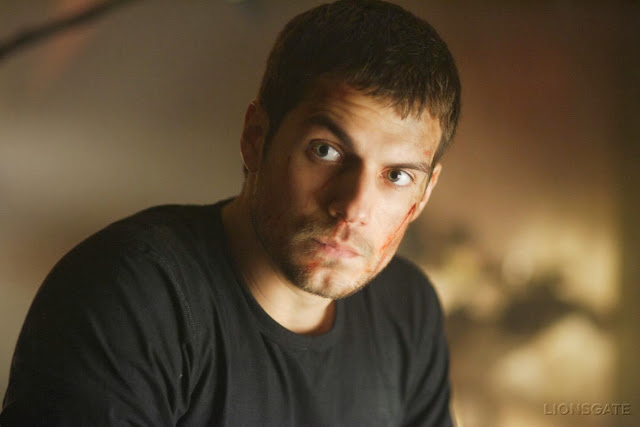 A few more Man of Steel sweets for you to munch on this Halloween. Composer Hans Zimmer gave BuzzFeed an ALL access pass to his studio that you just have to check out. And Superman Returns director Bryan Singer, has been talking Man of Steel and The X-Men: Days of Future Past trailer. Apparently he was inspired by Supes. Lastly, the official Man of Steel twitter just shared this new still from the film.

Man of SteelVerified account‏@ManofSteelMovie
“You’re scared of me because you can’t control me...but that doesn't mean I'm your enemy." #ManofSteel 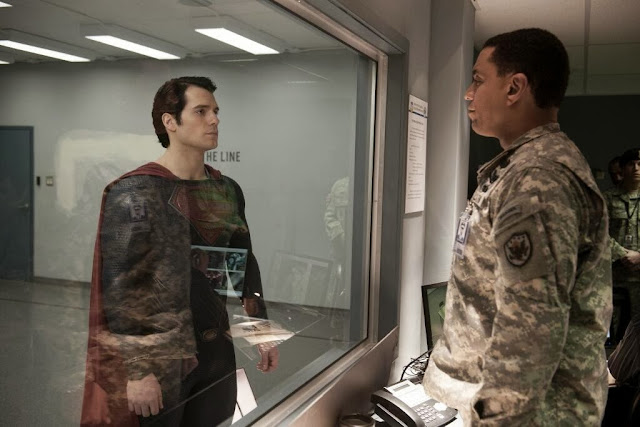 Have a safe Halloween everyone!
Posted by Blog Administrator

Email ThisBlogThis!Share to TwitterShare to FacebookShare to Pinterest
Labels: In Production, Man of Steel 2, News, The Man from U.N.C.L.E