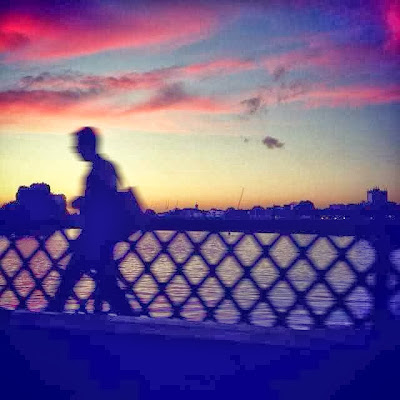 
A quick update on The Man from U.N.C.L.E. filming this week. As you know we usually don't post specific location details until the cast and crew are done there. It looks like they just finished work at the latest set, in Hankley Common.

Leif Davidsen‏@LeifDavidsen
Just 1 more day of filming the new #ManfromUNCLE movie at Hankley Common, and my dog walk will go back to being quiet

Some U.N.C.L.E. action sequences were reportedly filmed there in the last few days. If the name of the location sounds familiar to you movie buffs, that's because it's the same area where parts of Skyfall were filmed.

You can see how the area looked in the film in this clip, that includes some eerie looking fog at 007's home. We can't wait to see what director Guy Ritchie filmed at Hankley Common. Hopefully we can tell!

Filming on The Man from U.N.C.L.E. continues this week. Updates and hopefully new pictures of Solo & the cast to come ;)

Hannah Parker-Smith‏@HannahFPS
Just spent my day finding a model to shoot with Henry Cavill... Might as well just offer myself up! #TakeOneForTheTeam
Posted by Blog Administrator

Email ThisBlogThis!Share to TwitterShare to FacebookShare to Pinterest
Labels: Henry is THE man, In Production, The Man from U.N.C.L.E, UK