Henry Cavill is back at work today, after enjoying a few days off from filming The Man from U.N.C.L.E. in Rome. Over the weekend he met a few fans as he did some sightseeing. Other lucky people met him last week as he filmed on location in the center of Rome. 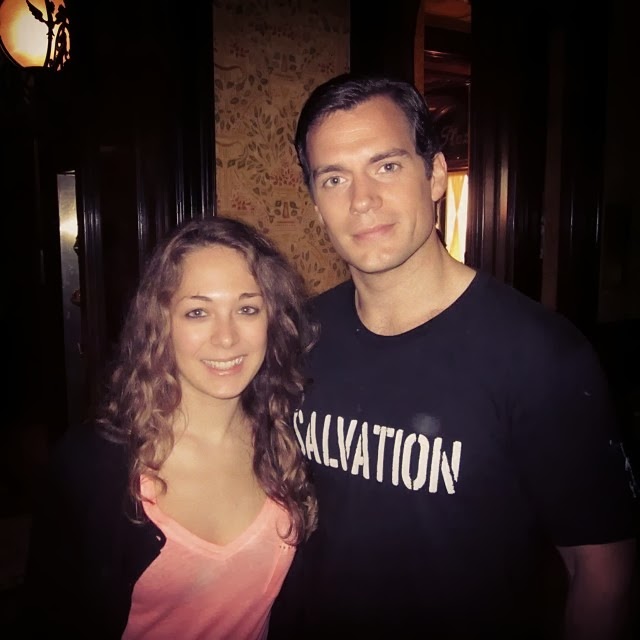 Carlo shared his experience and set pics and video in this post. Check it out! 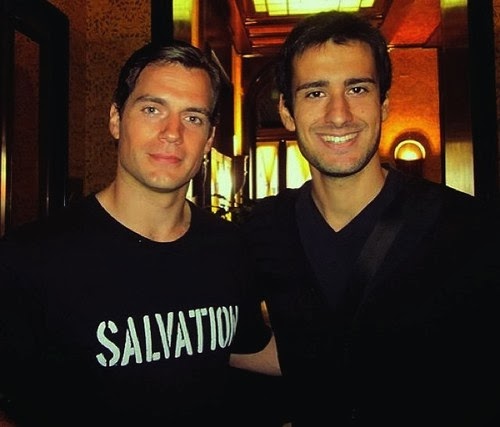 Gabi has exclusively shared her gorgeous pic with Henry, along with the story of how she met him that you're going to love. 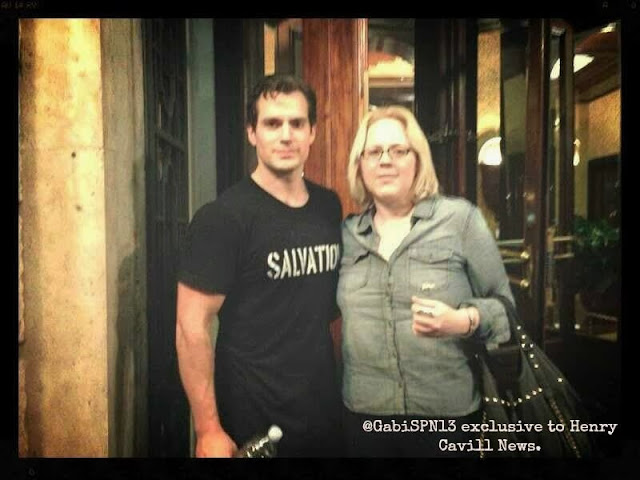 On Tuesday October 1st, I saw Henry walking on the street to one of the locations he was going to shoot U.N.C.L.E. & I couldn't believe my eyes. As he was entering the building through a revolving door a girl screamed his name and he came right back out. When the girl asked him for a photo he said "yes" smiling. What really made me smile, was the way he came back out when he heard his name, without any intention of avoiding the girl, or pretending he didn't hear her. He was so gracious and nice, carrying a bottle of water dressed in all black gym clothes. At first I saw his "Salvation" shirt relating it with Mark Twight/Gym Jones and I thought straight away he was coming from training in the gym (to read later he was walking around Rome). He was asked for two photos & I was asked to take a 3rd one. When I asked him for mine, making eye contact he said "of course" doing a little reverence with his head. I put my arm around his waist and he put his arm around me too, and that's when I noticed the scent of the subtle lovely men's lotion he was wearing. Then I told him thanks (I remember not moving for about 5 seconds trying to take the whole thing in) and he smiled and said "welcome" before walking away.

Thanks to Gabi for sharing with us.. we're so jealous!