Henry Leaves Italy, But Not Before Meeting Plenty Of Fans 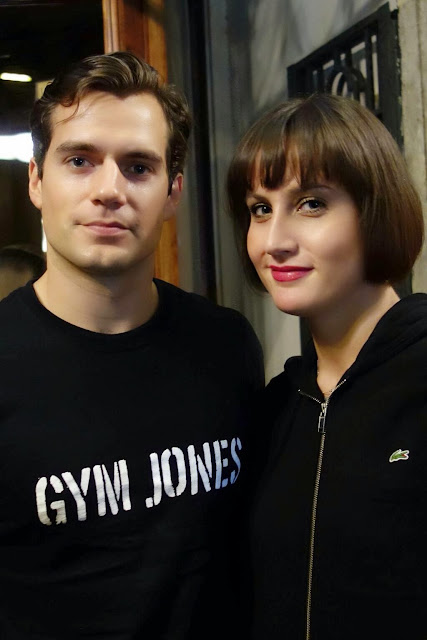 @TheEvesApple: Thank God Mr. Superman is taller than Me! :)

(See her awesome photos and video for Best Movie). 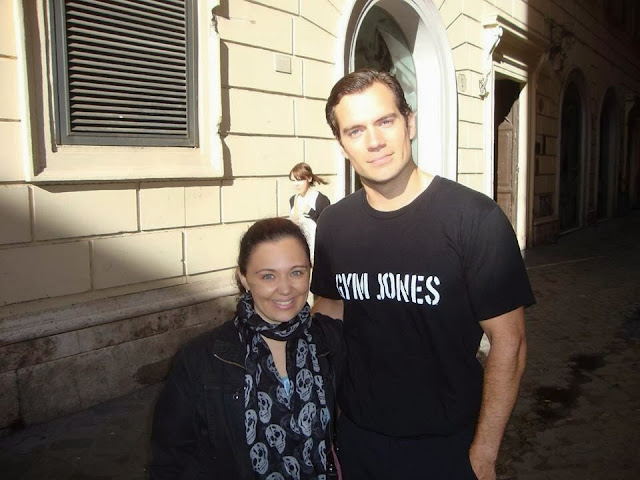 We can tell you by first hand experience, that Henry is always nice to fans wherever he goes. That continued to be the case in Rome where @manu3110 met him while he filmed The Man from U.N.C.L.E.

She told us: "he's so cute and a kind person" after her encounter. Fabio Fidaleo also met Henry. This is his great pic below. 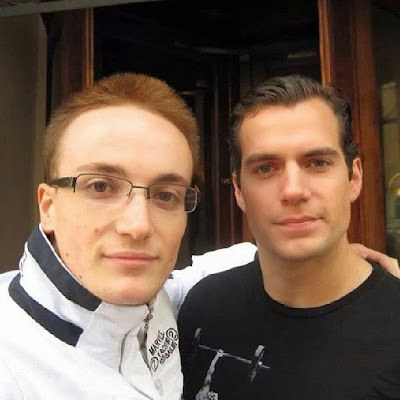 In a new interview (via) U.N.C.L.E. costar Alicia Vikander mentions Henry and his fans in Italy (rough translation):

Do you have paparazzi following you now?

Now it has become so. But I have "Superman" (Henry Cavill ) beside me and he gets all the attention with all the girls come running. But we talked about it, it's the nicest compliment. Everyone is so nice. They sit there for a whole day to get a picture. That's great.

Filming of The Man from U.N.C.L.E. now moves back to England. Check out the pics and great video of Henry's last night on set in Rome. More exclusive coverage from our trip to Rome on the way.
Posted by Blog Administrator

Email ThisBlogThis!Share to TwitterShare to FacebookShare to Pinterest
Labels: Fan Support, Henry Is Such A Sweetheart, Rome, The Man from U.N.C.L.E