Napoleon Solo has kept us pretty busy, but here comes Supes to take back the spotlight thanks to a cleverly chosen pic by Warner Brothers, to promote the Man of Steel DVD/Blu-ray set to be released in the U.S. a month from tomorrow! 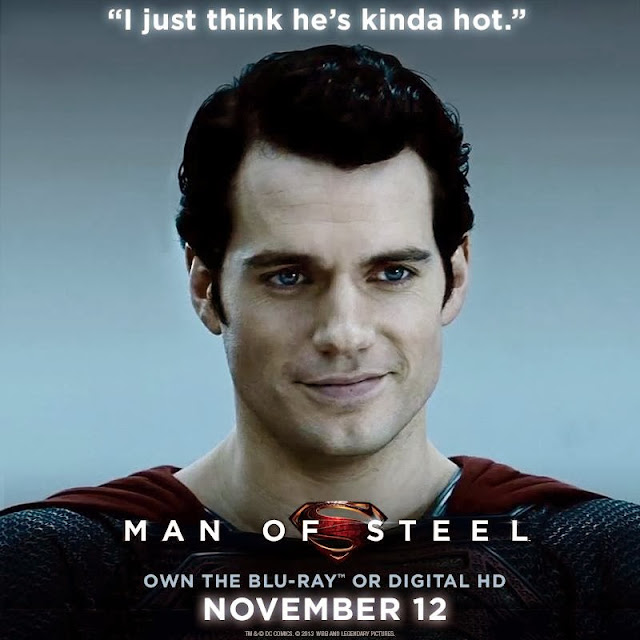 Today Henry was spotted at the U.S. Embassy in London getting a visa. HMSSweblog brought up it's probably for work! -> Batman vs. Superman (unofficial name is growing on us) is set to begin filming next February in Detroit.

Met Henry Cavill at the US Embassy, good to know even Superman goes through the same process :) nice chap

@jiveaces: WOAH! Just met #HenryCavill at US embassy this morning, yes even Superman has to queue for a visa!

When we mentioned Henry was a really nice guy, this is the response we got back.

We also learned that Man of Steel is nominated for 'Hollywood Movie Award' at the Hollywood Film Awards.

The fans' favorite will be determined via online voting at Entertainment Tonight's website, ETonline.com, and will be revealed at the Hollywood Film Awards gala ceremony on Oct. 21 at the Beverly Hilton.

Time to get busy guys, voting closes October 15th. You can vote as many times as you want. Let's do this for Henry! VOTE HERE.

Also of note, don't miss Hans Zimmer's thoughts on returning to score the Man of Steel sequel. He talked to Collider about that.

Last night actor Kevin Smith provided some giggles for his 2 and a half million twitter followers, after he decided to tweet from the air, as he watched Man of Steel on his flight.
@ThatKevinSmith:
Watching MAN OF STEEL on a plane. FINALLY! A polar bear in a Superman flick! I'm told they're the fiercest killers in the animal kingdom... 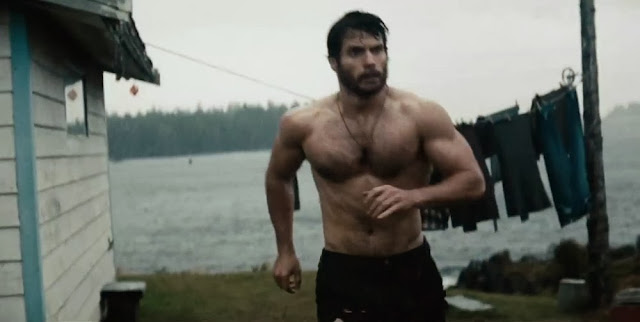 Young Clark overwhelmed by his super senses is a really sweet scene. Cavill's pecs make me feel even fatter - like I'm a Bizarro Cavill...

Landing. Gotta end the MAN OF STEEL commentary. 3rd time I've seen it and I still dig it! Can't wait to watch Cavill beat up @BenAffleck...

Kevin is a big fan of Supes, and as we learned Henry's pecs as well. The actor/comedian is in New York City for Comic-Con this weekend. DC Comics and Warner Brothers have been tweeting pics and videos of their 75th Anniversary Superman display there. They will also host an all star panel like they did in San Diego (see our exclusive coverage) tomorrow at 12:15 pm local time. It will include the premiere of a special 75th Anniversary animated short created by “Man of Steel” Director Zack Snyder & Bruce Timm. You can watch the Q&A live HERE.

UPDATE: Here's more info on where you can watch the new short.

Look for Man of Steel sequel updates as we get them!

Email ThisBlogThis!Share to TwitterShare to FacebookShare to Pinterest
Labels: Fan Support, Henry is THE man, Man of Steel, Super News