Gym Sighting: Henry Cavill Getting Ready For 'Man of Steel 2' 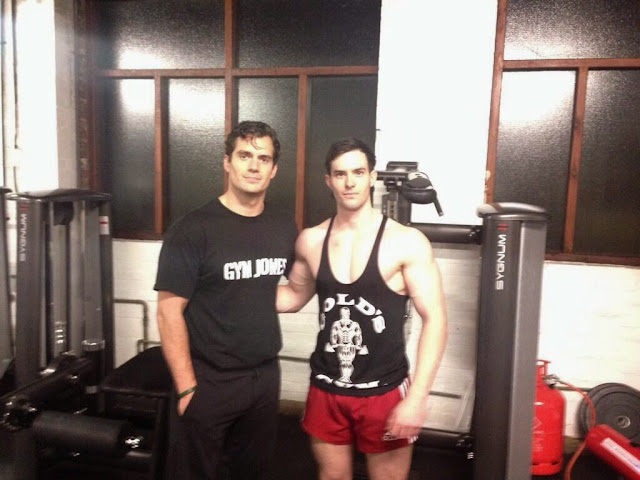 It's pretty obvious Henry has been working out to get his Superman body back, in time for the start of filming on the Man of Steel sequel early next year. Mike Fricker just happened to be working out at his gym tonight, when he ran into Henry. 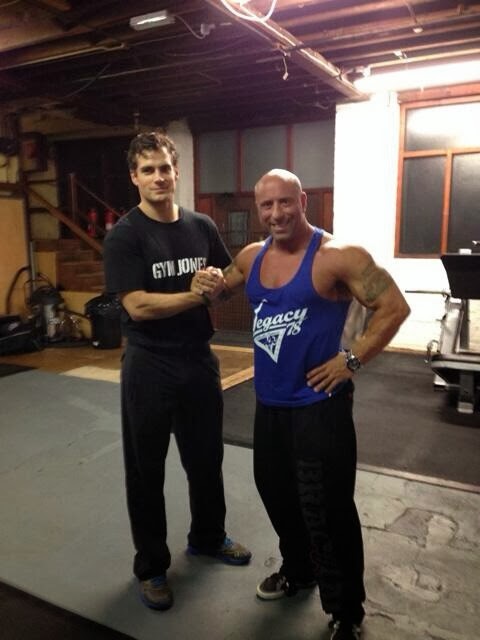 Louise Rogers‏@Louise_IFBBPro
Hanging out at studio one with Henry Cavill - superman actor :) marks putting him through his paces lol.

Louise is talking about Mark Twight, who trained Henry for Man of Steel and is now doing it again for its sequel. In a new interview with a German sports site, Mark mentions Henry's focus when training for the film:

Qi²: Which one of the celebs you worked with, was the most dedicated to his training?

MT: Without question, Henry Cavill. For the original Man Of Steel movie he had to commit and then stay dedicated for 11 months.
You can see Mark and Henry working together in this new preview from the Man of Steel Blu-ray, and don't miss the caps.

Mark goes on to give some great advice on overcoming hurdles, and mentions one of the key things he does when coaching actors. Read his full interview now.
Henry has been busy at work on the UK sets of The Man from U.N.C.L.E., and it looks like he spends his free time (which is probably not much) working out. We admire his commitment and work ethic, and can't wait for filming to begin in Detroit. Go Supes!
Posted by Blog Administrator