The Man From U.N.C.L.E. To Be Released On iTunes This Month

According to iTunes, you can now pre-order your digital download of The Man from U.N.C.L.E. with an expected release date of October 27th in the U.S. -- That's just a few weeks from now!

Thanks to @UNCLE_Lexicon for the tip.

The movie has yet to open in Korea (October 29) and Japan (November 14), and those fans can't wait for Solo to sweep them off their feet ;)


For those of you who still have the chance to catch U.N.C.L.E. in theaters..


@ManFromUNCLE is not to be missed!! Please go watch this movie its a fun ride.
— Adithya Kashyap (@Rulinglionadi) September 30, 2015


And a heads up for fans in Brazil.

Top magazine has a new interview with Henry where he talks about his success as Superman, Solo's sex appeal, and why being a fan of Bond contributed to him choosing to play the American spy.


For Dutch fans, the new issue of Gentlemen's Watch also includes an interview with Henry (along with some very HOT Solo pics).. 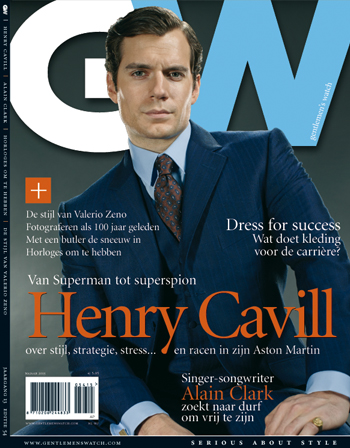 
The magazine interviewed Henry in Rome, and they chatted about him being chubby as a young boy, and getting teased:

Before Henry Cavill dons the red cape again in Batman v Superman:Dawn of Justice, in 2016, he blew new life into a 50 years old spy series The Man from UNCLE.

Gentlemen's Watch spoke to the 32 year old Brit exclusively in Rome. An eternity away from the set and an uncertain teenage Cavill. "You can say I was chubby" said Cavill dryly and with a grin. "I loved eating, overeating. I was also teased. That was annoying, but I'm not there anymore. It helps me to know where I do not want to go back to. Not that I’m now worried about carbohydrates, rich and sugar-free foods. I can still enjoy food, just like liquor and women, but in moderation."

Read the entire interview at Gentlemen's Watch #54. In stores now!

They include that preview (translated by Rebecca, thank you so much), but we'll try and bring you the full interviews if we can get the scans. Feel free to send them in if you have them to henrycavillnews@gmail.com, so we can share with everyone. Thanks in advance.