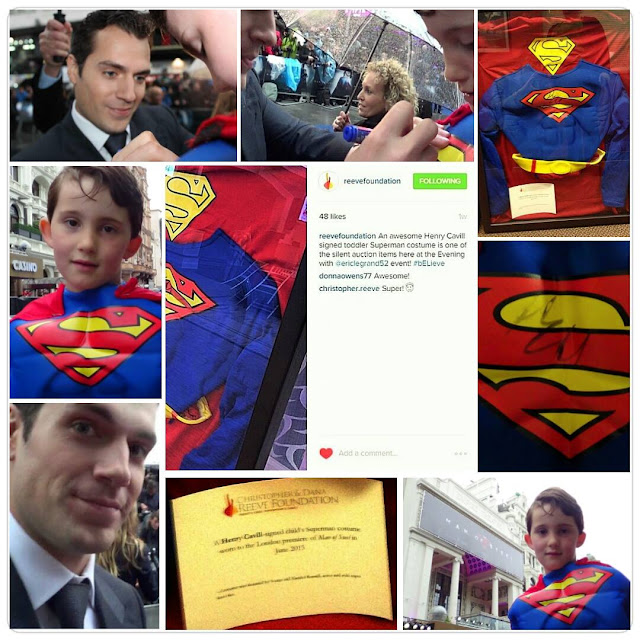 
If you follow our updates, you know that Henry is fully committed to his charity work with the RMCTF and Durrell Wildlife. And as you've seen in the past, Henry's giving nature also extends to other charities and those who seek to raise funds for them. Today David Ian Baluch let us know how a Superman costume signed by Henry, just raised funds for paralized athlete Eric LeGrand, at an official ‎Christopher & Dana Reeve Foundation‬ disability event this month.

This is the video of Henry signing the costume at the London Man of Steel premiere, in June of 2013.

Thank you so much for the update, David. We are so happy to see Henry's caring character, translate into help for those in need. Go Superman!
Posted by Blog Administrator