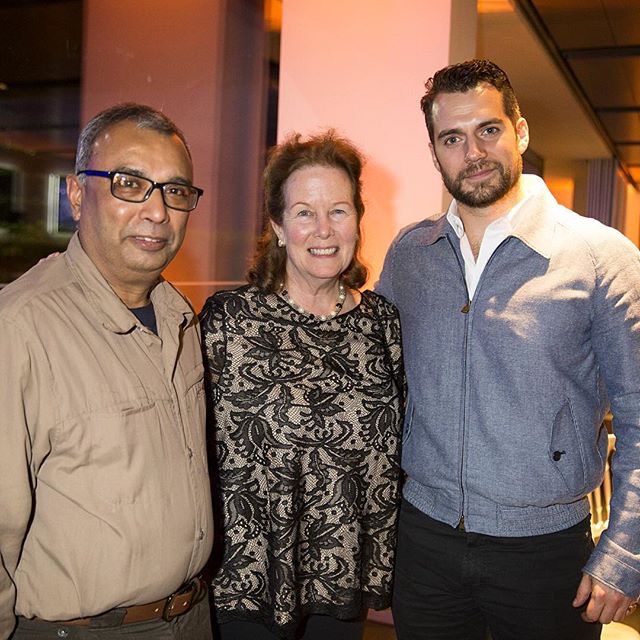 We start the week with news from London, where Henry just attended a Durrell Wildlife charity event (apparently the same day last week when this photo was taken). Black Box Pictures was there to cover it, and today shared this pic of Henry with Lee Durrell at the fundraiser. It comes just a few weeks after Henry returned to his home island of Jersey, to attend the Ugly Bug Ball as the charity's ambassador. We're thinking he's doing as much as he can in support of Durrell, before his filming schedule keeps him busy starting next month. That's when he's expected to head to Jordan, to begin filming Sand Castle with Luke Evans and Nicholas Hoult.


While Henry was in Jersey, the charity asked fans to submit questions for him and here are his answers! -- Make sure to keep up with Henry's Durrell Wildlife updates, at cavillconservation.com.

A couple of weeks ago we asked you to send us any questions you would like to ask Henry Cavill. We can now reveal the...
Posted by Durrell Wildlife Conservation Trust on Monday, October 12, 2015


Here's today's top question for Henry Cavill... and it comes from Rawan Zubaid. She wanted to know what was the...
Posted by Durrell Wildlife Conservation Trust on Tuesday, October 13, 2015

The third and final fan question we chose comes from Nathalie Marchal. She asked if Henry could turn back time, where would he go and what would he do?Find out right here!