Daniel Craig Offers Advice To His 007 Successor: "Don't be S**t" 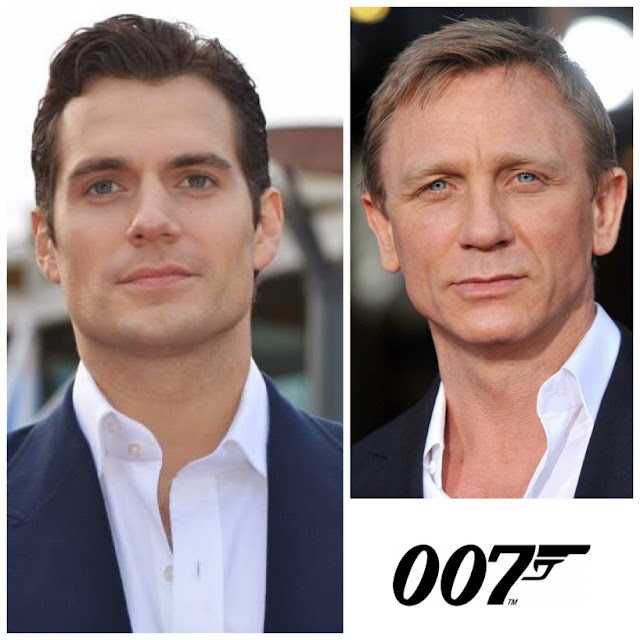 This came out of nowhere.. or not.

After first saying that he may be ready to leave the Bond franchise, last week Daniel Craig insisted he was in it for the long run. And then he talked to Time Out:

Can you imagine doing another Bond movie?

You want to move on from Bond for good?

‘I haven’t given it any thought. For at least a year or two, I just don’t want to think about it. I don’t know what the next step is. I’ve no idea. Not because I’m trying to be cagey. Who the fuck knows? At the moment, we’ve done it. I’m not in discussion with anybody about anything. If I did another Bond movie, it would only be for the money.’

And Craig is also brutally honest, when it comes to talking about who could replace him (Henry is often mentioned in the press as a top candidate for the job):

Do you care who plays Bond after you?

‘Look, I don’t give a fuck. Good luck to them! All I care about is that if I stop doing these things we’ve left it in a good place and people pick it up and make it better. Make it better, that’s all.’

You won’t be backseat-driving then?

If an actor was offered Bond and came to you looking for advice, what would you say to him – or her?

‘Literally I’d say two things. Firstly, it’s your decision. Don’t listen to anybody else. Well, do listen to everybody, but you have to make the choice at the end of the day. It’s your bed to lie on. And don’t be shit! Don’t be shit. You’ve got to step up. People do not make movies like this any more. This is really rare now. So don’t be shit.’

And if someone rang you and said: 'I’ve taken the 007 gig'. What advice would you have for them?

‘Don’t be shit! Go for it. Embrace it. Some clichéd line like that. But no, just make sure you’re great. You’ve got to push yourself as far as you can. It’s worth it, it’s James Bond.’

Henry was recently asked whether he'd be interested in playing Bond after Craig retires (Henry was the director's choice for Casino Royale, before the producers went with Craig). His answer? -- "I wouldn't play the same kind of character (as Craig), but hopefully I can do something that will do justice to the legacy. Bond would be wonderful to play one day. Barbara or Mike (the producers), if you're reading this, give me a call.."

Thanks to Dee Dee Sorvino (@deedeegop) for the tip.
Posted by Blog Administrator

Email ThisBlogThis!Share to TwitterShare to FacebookShare to Pinterest
Labels: 007, All About Henry, Fan Anticipation, Sexy Spy