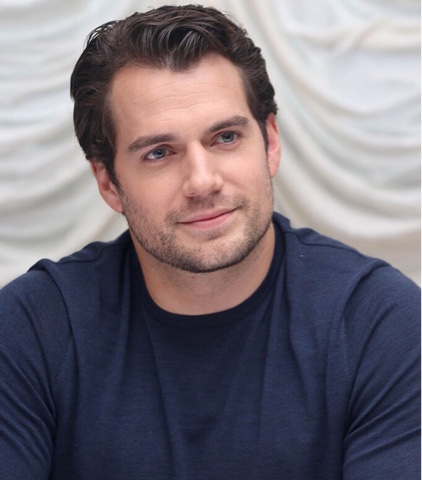 Deadline just broke the news that Henry is joining his Immortals costar, Luke Evans, and Nicholas Hoult in 'Sand Castle.'

The drama is being directed by Fernando Coimbra (Narcos) based on the screenplay by Chris Roessner, with filming set to begin November 2.  Mark Gordon is producing with Treehouse Pictures’ Justin Nappi and 42’s Ben Pugh.

Set in Iraq circa 2003, the pic is based on Roessner’s experience as a machine gunner in Iraq’s Sunni Triangle. The plot centers on Matt Ocre (Hoult), who is part of a mission to repair a broken water system in the dangerous and unstable Iraqi village of Baqubah. While the people of Baghdad welcome the Americans as saviors, the villagers resist their presence and Matt and his unit must try to convince the community that they are part of the solution, not the problem, in order to save the town and get out alive. Evans is playing the sergeant in charge of Ocre’s unit and Cavill is the special forces captain running the operation in Baqubah.

Voltage Pictures is handling international sales for the film and will present it at next month’s American Film Market. Producers hold U.S. rights to the pic, which Gordon has shepherded from the start. Treehouse (Arbitrage, All Is Lost) is fully financing. Brian Kavanaugh-Jones is executive producer.

“It took little convincing for me to come on board to produce this extraordinary and gripping film which so accurately depicts the intricacies of real people in extreme circumstances,” says Nappi. “I am excited about our amazing lead cast who, in the hands of our masterful director Fernando, will deliver the most powerful performances of their careers. Nicholas, Luke and Henry are a dream team, as are my fellow producers Mark and Ben.”

Gordon added, “Chris was my assistant and we worked on the script together for some time. It’s very exciting to see the movie come together with a wonderfully talented director and an amazing cast.”

The Hollywood Reporter adds a bit more about the screenplay's origin:

The film chronicles the story of Roessner's two years and more than 200 missions as a machine gunner in Iraq's Sunni Triangle. The story centers on Matt Ocre (Hoult) and the leader of his platoon, Sergeant Baker, as they attempt to protect Baqubah, a dangerous farming village.

Hoult has been attached to the project since early last year. At the time, THR also shared a bit more about the company producing the film:

The Mark Gordon Company is no stranger to war-themed films, having produced The Messenger and Saving Private Ryan as well as the TV series Army Wives. The company's TV credits also include Grey's Anatomy, Ray Donovan and Private Practice.

As for the writer, Roessner's script cracked the 2012 Black List of top unproduced screenplays. This past July he did an in-depth interview with the Pat Tillman Foundation, where he talks about writing the screenplay:

“At the time, I wasn’t writing it for my career, but rather just to keep myself sane. I didn’t expect there to be any grand attention garnered for it. Anything that continues to happen with this screenplay is still a big surprise to me. My initial impulse to write it was to get it out and say ‘I have all of this stuff, memories and experiences stored up inside me.’ If I wasn’t a screenwriter, I would have written a novel or something else; screenwriting is my natural way of interacting with the world though – so that’s how Sand Castle manifested. There was also the desire to hold on to some of the memories and tiny little moments that had happened in Iraq as time goes on – and I didn’t want to lose those. While I was in Iraq there were awful and beautiful moments, and I wanted to have a document so I wouldn’t lose those memories. At the same time, my screenplay was a big pie in the sky dream.”

Roessner also mentioned he would be in Jordan in September for pre-production of Sand Castle. -- Now things could have changed since July, but it looks like that's at least one of the places where they will be filming. UPDATE: Jordan it is! (and the scriptwriter has a sense of humor).

Heading back to Jordan tomorrow to start pre-pro on my first film as a writer. If it doesn't go shit house then that'd be preferable.
— Christopher Roessner (@CitizenRoessner) September 17, 2015

In Jordan, working hard on the prep with a great crew and this amazing cast! http://t.co/15LCEybjVO
— Fernando Coimbra (@cabrafilmes) October 10, 2015

We can't wait to see Henry take on this military role. He was set to play a somewhat similar character in Stratton (and he'd done extensive training for it), before he departed that project earlier this year. Filming on Sand Castle comes just before Henry begins promotion for Batman v Superman, and then starts shooting Justice League in the spring.

As always, you can look for us to bring you the latest information as we get it.

I'M GOING TO CRY WE'RE GETTING ANOTHER MOVIE WITH HENRY AND LUKE https://t.co/thXqRWOkKW
— Aimée (@clarksteves) October 8, 2015

@HenryCavillNews I usually don't watch War movies but for Henry and Luke I WILL!!!
— Kimberly (@candypie22) October 8, 2015