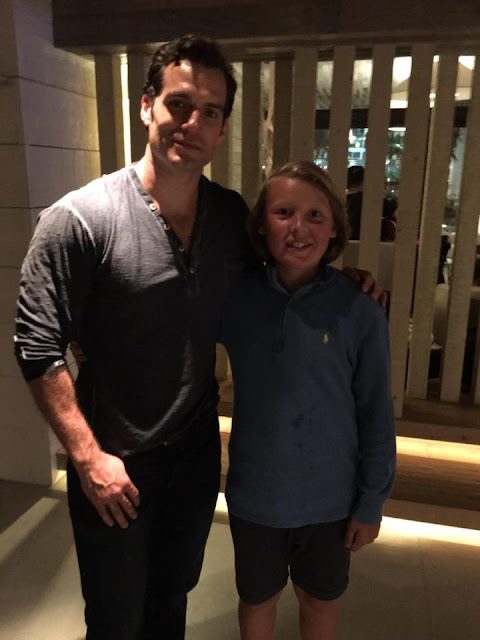 "Look who is with us in the hotel! Actor Henry Cavill..."alias" SUPERMAN! We were with him in the elevator as well, lovely guy!"

It's #ThrowbackThursday, and we have some really sweet fan encounters to share with you.

Beate Van Baal ran into Henry while he was visiting Miami in September, and he posed for a pic with her son. During that trip, Estee Backoff and her coworkers also got a chance to meet him and one of them got this great pic below. Catch up on everything from Miami: 1/2/3/4/5/6/7/8/9/10/11/12. 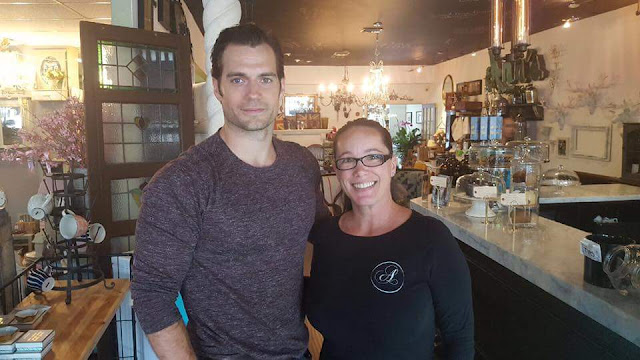 In July of last year, several fans ran into Henry and Kal on the streets of London and among them was Rajai Khateeb and his son. We think someone loved meeting Super Puppy! 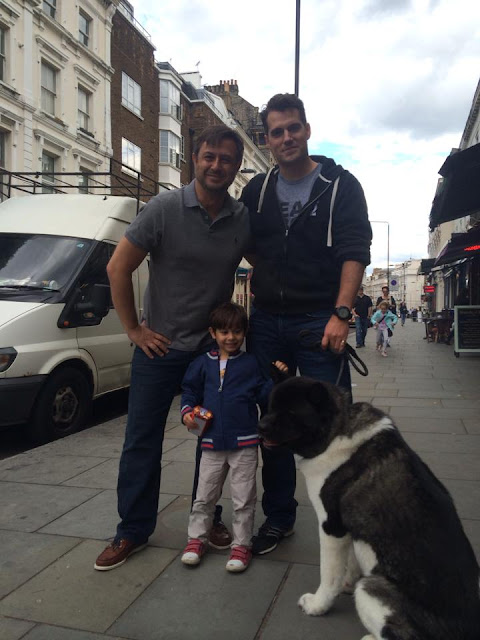 "Look who Karim and I bumped into today in Kensington, SUPERMAN!"


Finally, this week actress Ana Layevska shared her cool pic with Henry at the Los Angeles premiere of Immortals in 2011. Five years later, she still remembers that epic moment calling it "the closest" she's been to Hollywood.

We love sharing the photos fans post with Henry, but if you repost them -- please credit the owners and be respectful on their social media pages. Thanks so much!
Posted by Blog Administrator