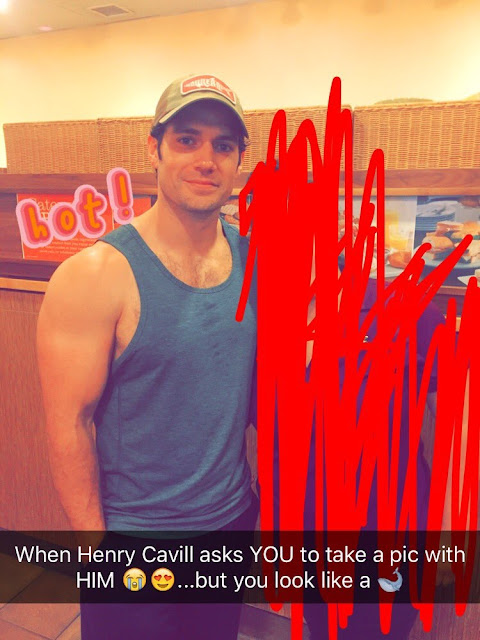 Okay so Sarah is a little shy, but she met Henry in Florida today and she has a really cute pic to show for it..


I had a conversation with Henry Cavill and his friend Ben today they were so sweet and very humble 🙂 it's a refreshing feeling for sure
— sarita (@spimentelly) August 31, 2016


I have much respect for Henry bc he actually thanked me for treating him like a normal person, he then asked if I wanted a picture
— sarita (@spimentelly) September 1, 2016


So happy for you Sarah.

Don't miss all the hot pics from Miami Beach.