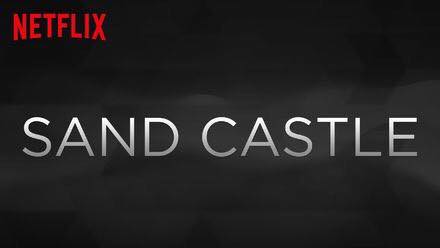 A day after Netflix released new 'Sand Castle' photos, the film is now listed on its site. The upcoming release post, gives us a first look at the title art and comes with a brief synopsis:

After the invasion of Iraq in 2003, a reluctant soldier's platoon is dispatched on a dangerous mission to repair a hostile village's water system.

The listing also reveals Sand Castle's running time as 1 hour and 52 minutes and its rating as TV-MA.

Set in Iraq in 2003, Sand Castle follows a group of American soldiers in the early days of the second Gulf War. Bearing witness to the heat and the horror is the inexperienced Private Matt Ocre (Nicholas Hoult), who together with several fellow soldiers is ordered to the outskirts of Baqubah to repair a water pumping station damaged by U.S. bombs. But as Ocre discovers, in an atmosphere where resentment and anger fester, trying to win the hearts and minds of the locals is a task fraught with danger. It’s here, in the streets, squares and schools that he discovers the true cost of war.

Sand Castle is out sometime this spring. Latest as we get it!