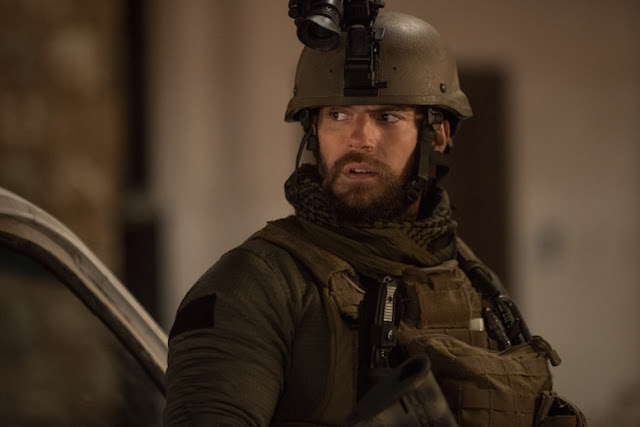 Netflix has begun its promotion for Sand Castle, that is now reportedly set to be released in the spring. Under The Radar shared these new official photos of Henry as Captain Syverson on the set in Jordan, where Sand Castle was filmed at the end of 2015. See more photos with the rest of the cast and read what screenwriter Chris Roessner had to say. Henry had given fans a preview on social media as he worked on the film, and we're excited to bring you the very latest!

Director Fernando Coimbra also talked to Brazilian media recently about making the film -- You can read his new interview on the site. UPDATE: Our friend and contributor Rebecca, has translated the article/interview (below). 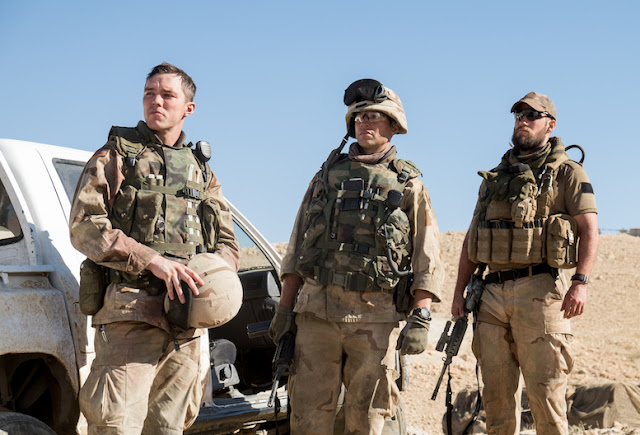 Coimbra mentioned in an earlier interview Henry was "almost unrecognizable."

"Sand Castle" is a war film set during the controversial second US invasion of Iraq in 2003.

A full plate for an American filmmaker. But who is at the head of the project, it’s the São Paulo director Fernando Coimbra ("The Wolf Behind the Door"), who thus becomes the first Brazilian filmmaker to command an original global release feature on Netflix.

"I was on my own editing when Netflix came to the project, so it was two feelings because I filmed thinking of the cinema screen. At the same time, the world projection of 85 million subscribers that this vehicle provides is incomparable," says Coimbra, the only Brazilian vehicle with prior access to shoot a feature film in Jordan in 2015.

"Although it is the most liberal country in the Middle East, the war was near to us, on the other side of the border. Many jets that bombed Syria left from there. I was making a war movie with the war at my side. It was tense."

But the four months in Jordan - including rehearsals, pre-production and six weeks of filming - did not generate any serious problems. Except for the drastic change for the Brazilian director, who travelled with his wife and two young children.

"On the first working day, she said, ‘’Let's go,’’ the filmmaker jokes. "It's a difficult adaptation, because my children had to go to a school in Arabic and English, but they did not even speak English, even taking a taxi was difficult." I suffered less because I worked with a British team. Similarities between countries, especially in food."

The film, coincidentally, is about points in common between cultures. Nicholas Hoult is an American soldier who enlisted in order to pay for college and only wants to get away from the Iraq War.

But alongside his battalion, he ends up cultivating a sense of morality and compassion in trying to fulfill the mission of repairing a water distribution station that will benefit the population of a village - part of it tries to sabotage the reconstruction.

The script was written by Chris Roessner. He was inspired by his own experience during the Iraq War to create this original story that has famous actors like Henry Cavill ("The Man of Steel") and Logan Marshall-Green ("Prometheus").

"I was interested in this atypical look at war, the perspective of a private soldier who had no idea why he was there. Every story has two sides and there was a certain distance from being an international team," explains the Brazilian, who left "The Wolf Behind the Door" to make some episodes of the first season of "Narcos", also on Netflix.

"Without 'Narcos', my transition to an American war movie would be much more difficult," says Coimbra. "The series gave me maturity and security to become confident on the set. Although 'Sand Castle' looks great, it's a small movie. It had no bigger structure than Narcos, which is huge, a monster in terms of production."

Although several Brazilian directors went through bad experiences in their Hollywood premieres, Coimbra says that his passage was "quite positive".

"You are hired to inject your aesthetic vision," reveals the director, who has already started filming for the second season of "Outcast", series from the same creator of "The Walking Dead", and returns to Brazil for the suspense "The Hanged Ones.” "It was an apprenticeship to get to the end and maintain your vision, learnt to sell my ideas constantly. I had a lot of freedom and no imposition from the producers or from Netflix."

Finally, this new picture was included in Empire magazine's preview of Sand Castle. Much more to come. 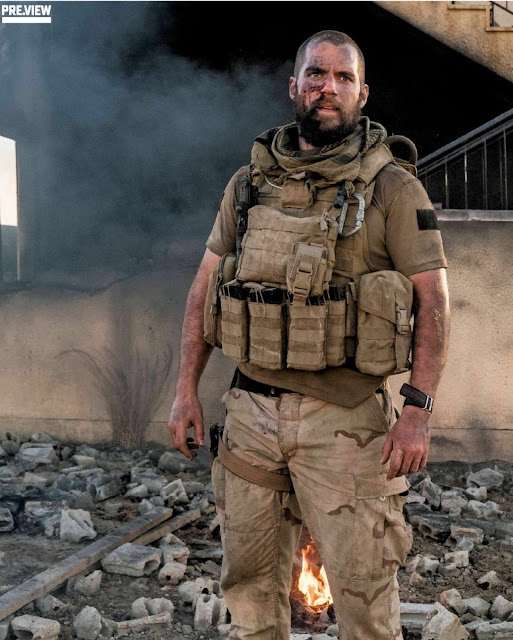 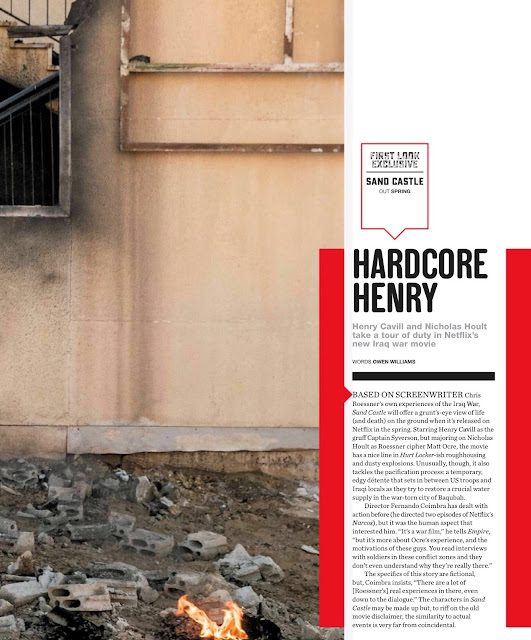 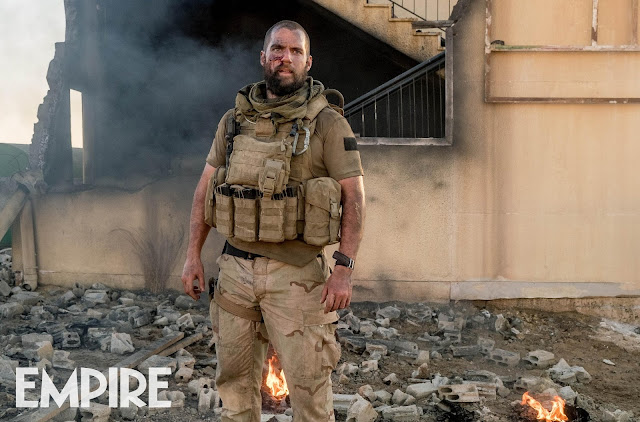 Thanks so much to Rebecca for her translation, and to
Posted by Blog Administrator