The Man From U.N.C.L.E. Family On Social Media

We're pretty sure you noticed during The Man from U.N.C.L.E. promo, Armie LOVES Henry and always has his back. We mean ALWAYS.

So when a fan asked Armie a cheeky question on twitter, he replied with an even cheekier response.. the bromance lives!

For his part, Henry is digging Guy Ritchie's latest home projects since he started following the U.N.C.L.E. director on Instagram. This week he liked Ritchie's "no flame" cooking results, which were pretty impressive. 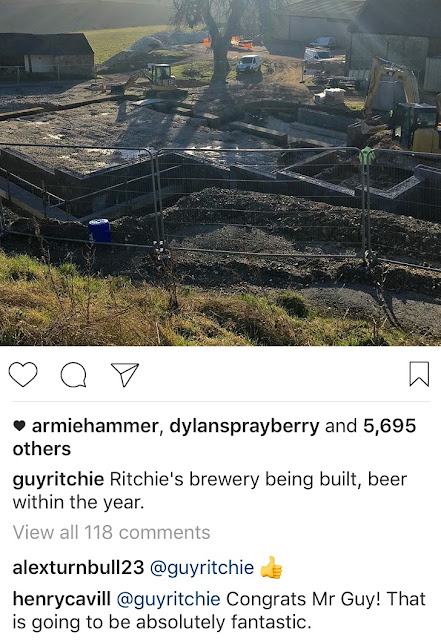 Both Henry and Armie have hung out with the director at his country estate at least a couple of times.. for his wedding in August of 2015, and who can forget the man weekend before U.N.C.L.E. started filming..

So basically what we're trying to say is The Man from U.N.C.L.E. family is TIGHT.. and you should really be following them all on social media.

Thanks for the heads up Jo (@cavillsworth).
Posted by Blog Administrator