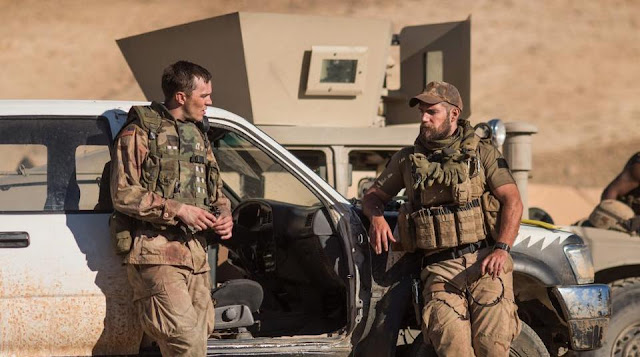 Henry and Nicholas Hoult on the set of 'Sand Castle.'


The Netflix promotion for Sand Castle has begun in the UK, and Flavour magazine has a fab new pic from the Jordan set of the film on their post. You can tell Henry is really owning his U.S. special forces role as Captain Syverson!

Last week Netflix began rolling out the photos and synopsis, as it prepares for the worldwide release of Sand Castle this spring. While promoting Batman v Superman Henry talked to Peter Travers about his character, and how it compares to Supes:

What do you guys think?

Someone is ready to smash it!
Posted by Blog Administrator