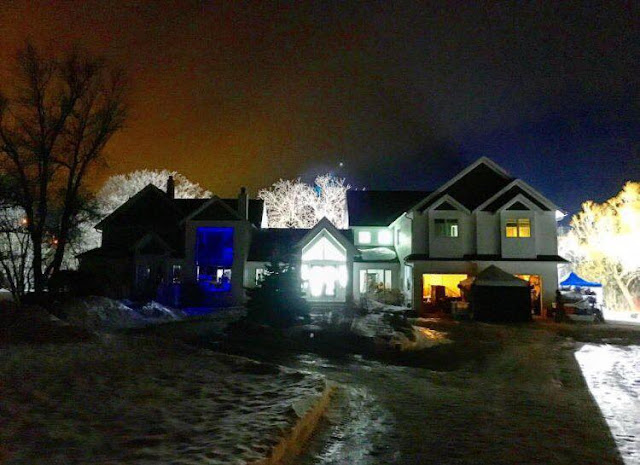 
Cameras are rolling tonight in Winnipeg, and we're getting our first look at Sir Ben Kingsley on the set of Nomis.

Hand in hand with the wonderful man I get the pleasure of working alongside. Day 3 of #Nomis with Sir Ben Kinglsey in between takes🖤🎬❄️ pic.twitter.com/vlui4rRZGC
— Eliana Jones (@elianajones_) February 28, 2017


We got a glimpse at Henry and Alexandra Daddario's characters over the weekend, and at least she was off today.. and visited a sleepy polar bear.

No work today, so I'm calling a Canadian radio station over & over trying to win tickets to international polar bear day at the Winnipeg zoo
— Alexandra Daddario (@AADaddario) February 27, 2017


Filming on Nomis began Saturday, and is expected to continue through the end of March. Stay tuned for the latest production news as they come in.