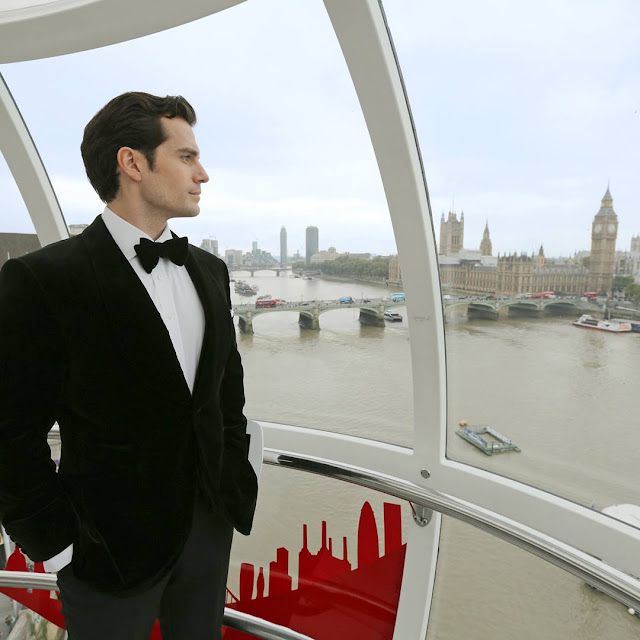 As we wait for pics from Christina's trip to London (Omaze will update when it happens), those of you who entered the contest have begun receiving your exclusive Royal Marines Charity Superman t-shirts.

They were among the perks available, and this Christina is proudly wearing hers today. Her attitude is everything.

If you want to learn where your donations to The Royal Marines Charity go, make sure to read their impact report.


Henry has been an ambassador for the charity since 2014. Look for updates on events you can participate in (like the recent Commando Challenge), to help him raise funds for them. Thanks for sharing your pics everyone.


Look what I received! It was truly a privilege to donate to the Royal Marines Charity! Thank you @omaze & #HenryCavill for the opportunity! pic.twitter.com/xvbdy732TA
— Adrianne (@ADRI_LOVATO14) February 16, 2017

Even though I didn't win champagne with #HenryCavill, I got some cool #RoyalMarineCommando swag from @omaze 😀👍 pic.twitter.com/Y86jrGtYE7
— Paula Morrell (@bitchtude) February 15, 2017

Thanks @omazeworld and @henrycavill for my lovely new shirt, it came just in time for Valentines Day! Although I didn't win the trip I'm so glad I could help contribute to The Royal Marines and look forward to helping in any other way I can.
A post shared by Michelle Rodriguez (@missymjr) on Feb 14, 2017 at 4:10pm PST


@HenryCavillNews @HenryCavillOrg Look what arrived in the post today.This is my only one ever this is my selfie😊 pic.twitter.com/EjFFofN0d1
— Suzanne (@Flossywall) February 14, 2017


This last photo is from the winner. Have fun in London, Christina!

Well, well, well... Look what arrived on Valentine's Day! Roses from MrB...and my Superman/Royal Marines patch from the #Omaze "#HenryCavill Champagne Toast on the London Eye" experience. Serendipitously bringing me joy.
A post shared by Christina Boyd (@xtnaboyd) on Feb 14, 2017 at 3:41pm PST