Finally made it out for my first real run on my Road To Recovery! Its going to be a test to train for the Durrell Challenge that's for sure but it is totally worth it. What Durrell does for assisting animals on the endangered species list is incredible and if all I have to do is put myself through some discomfort to help them....then bring it on! How about you? #RoadToRecovery  #DurrellChallenge
A post shared by Henry Cavill (@henrycavill) on Feb 12, 2017 at 12:36pm PST


Who is already training along with Henry??? (next week for us!)


Will you be joining us in Jersey for The Durrell Challenge 2017?
For travel information, check out https://t.co/nZTKE6UIT4#doitfordurrell pic.twitter.com/UHgr05iv62
— Durrell Wildlife (@DurrellWildlife) February 24, 2017


If you won't be able to make it to Jersey, here's the official JustGiving page where you can make a donation to The Durrell Wildlife Conservation Trust. And Henry's fundraising page is also up. We definitely need to get him to his individual goal and hopefully surpass it like last time!

We'll be in Jersey participating in the race (gulp), and also bringing you updates from the family fun day that will include what we predict will be the awww event at the zoo: The Superhero Stroll:

To compliment the Durrell Challenge that was established in 2016, new to this year is the Superhero Stroll which invites all children under the age of 16 years to complete a lap of the Zoo (..) In honour of Ambassador Henry Cavill, we ask that all entrants of the Superhero Stroll embrace their inner Superhero!!!

We hope to see many of you there!

You really couldn't ask for a better cause, helping Henry save endangered animals. Learn more at doitfordurrell.com. 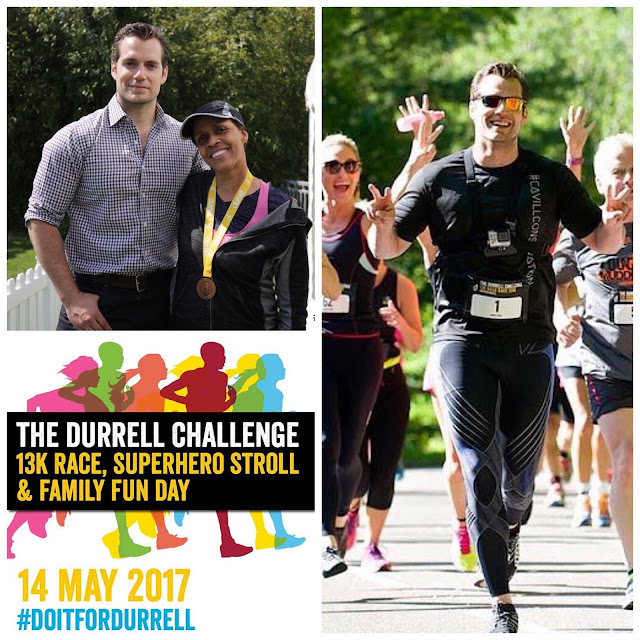