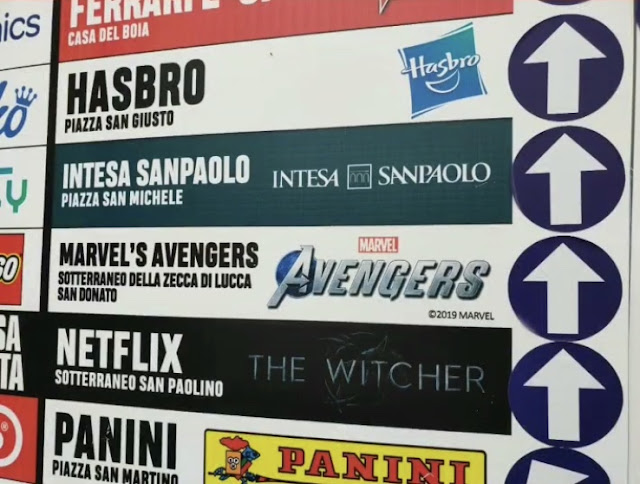 The city of Lucca, Italy is ready to welcome fans to its annual comic book and gaming convention. The Witcher will have several panels starting tomorrow, with the new trailer set to be released Thursday.

Also planned, an immersive experience into the world of The Witcher, with an exhibit focused on the clothes of The Continent (Google translated via):

From October 30 to November 3 at Baluardo San Pietro, visitors will be able to touch the making of the iconic series, from elegant dresses to powerful armor, from fine fabrics to arms made by artisans. Through the story of the techniques used and some anecdotes related to the production of costumes, visitors will have the opportunity to take a first look behind the scenes of The Witcher, discovering the importance of each individual costume in the definition of each character.

UPDATE: Bad Taste got a sneak peek at the exhibit before it opens to the public. You can watch their tour below.


Here is a breakdown of  everything The Witcher at Lucca Comics & Games 2019:

October 30: Opening of the exhibition "The clothes of  the Continent and panel with Andrzej Sapkowski.

October 31: Two panels dedicated to the series, the first with showrunner and executive producer Lauren S. Hissrich and author Andrzej Sapkowski. The second with Lauren S. Hissrich, this time accompanied by actresses Anya Chalotra and Freya Allan. The trailer will be shown in a world preview between the two panels.

You can take a closer look at the schedule here.

Look for The Witcher updates from the Italian convention and of course we'll be sharing the new trailer as soon as it's up!