Harry Lennix had a key role in Man of Steel, playing a skeptical General Swanwick. In a new interview with The A.V. Club he shared the details of the day he met Henry and his reaction when he first saw him in the Superman suit:

That’s maybe one of my favorite stories. I was sort of hanging out, taking some classes at the UCLA extension, studying some things, really not working much. And I saw an announcement that they were going to be rebooting the Superman franchise, and I was, like, “Oh, man, that’d be a dream come true! That’s something I always wanted to do! That’d be awesome!” [Laughs.] So some months pass, and I can’t remember what I did in the meantime, but I ended up with nothing to do but wait.

And then I get a call from my agent: “Zack Snyder wants to talk to you. Can we set up a conversation? I think they want to offer you a part in this Superman thing.” I said, “What?!” They said, “Yeah, but they also want to see if you’d be willing to do some readings with potential Supermen.” And I was, like, “Hell, yeah, I want to do that!” [Laughs.] So I got on the phone with him, and he was just the nicest guy. I’d only met him once before that. I’d auditioned for Dawn Of The Dead, the one that put him on the map, so to speak. Great movie. So I talked to him, and he said, “Yeah, we’d like you to play this general. We’re not sure what role we’re going to offer you in this thing, but I like your voice. You’ve got a great speaking voice.” I said, “Okay, dude!”

So I go in viewing this as an elaborate screen test, and I’m expecting two or three Superman possibilities. But there’s just this one dude, and he’s built like a Sherman tank. And, of course, it’s Henry Cavill, and he’s in one of these little honey wagons with his shirt off, shaving his face. And I was, like, “That’s Superman right there!” I didn’t know who he was yet. But then he put on the suit, and I was, like, “Oh, man…” And they had this huge fan that was blowing the cape back, and it was the original suit from the Christopher Reeve films. I was just, like, “Damn, that’s Superman. They don’t have to look any further, ever!” [Laughs.] 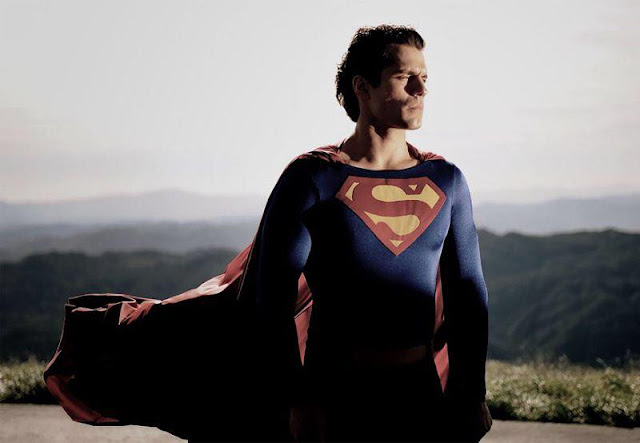 So we did the scene. They set it all up, it was an eight-hour day or something, and we did the scene where I’m, like, “How do we trust you?” Some version of that. The writer was there, too. And then I did the reading of the script when they were doing the pre-visualizations, and I did the announcement at Comic-Con, of course, to say that they were going to be teaming Superman and Batman… again, apparently, because Zack loves my voice! [Laughs.] But it was a great moment. I love Zack Snyder. And I love Superman! Superman’s my favorite superhero.

Such a great story. You can read the rest of Lennix's interview at The A.V. Club.
Posted by Blog Administrator