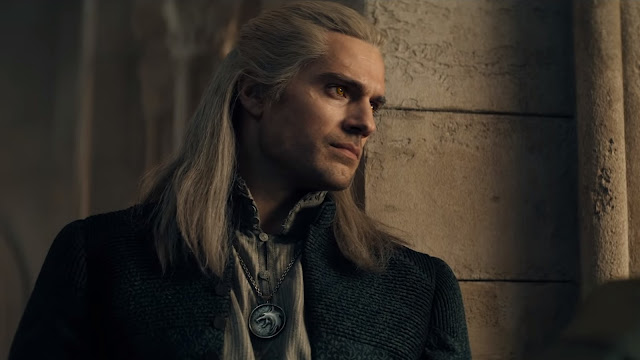 It looks like The Witcher promo is ramping up, just in time for monster season.


Are you ready to go behind the scenes of new @NetflixUK series The Witcher? ⚔️

Join Freya Allan (Princess Ciri) and showrunner Lauren Schmidt Hissrich at MCM London for an exclusive panel with new footage from the show!

Ahead of The Witcher's trailer release in Italy at the end of the month, we're getting new footage at MCM London Comic Con next weekend:

At 12:00 on Sunday 27 October, MCM’s Centre Stage will welcome The Witcher showrunner Lauren Schmidt Hissrich and one of the leading actors in the show, Freya Allan (who plays Princess Ciri) for an exclusive panel. As well as talking about the series, they’ll be revealing exciting new footage from the show.

Across the weekend MCM London (25-27 October), there’ll also be a special experiential photo booth that’ll serve as an introduction to the world of The Witcher. The nameless Continent is a place where iconic white-haired monster hunter Geralt of Rivia (played in the show by Mission Impossible - Fallout, and Man of Steel star Henry Cavill) unexpectedly finds himself pushed towards a powerful sorceress and a young princess with a dangerous secret…

We'll be updating you on everything coming in from London and Lucca, Italy -- So keep checking back!

P.S. It looks like Henry is getting ready for promo season. #StyleWatch

View this post on Instagram
A visit last week from @henrycavill at our London store with Mr. George Glasgow Snr. Superman in George Cleverley 👌
A post shared by George Cleverley (@georgecleverley) on Oct 17, 2019 at 7:46am PDT