Most Valuable, Potential New Project, Battle of the Capes 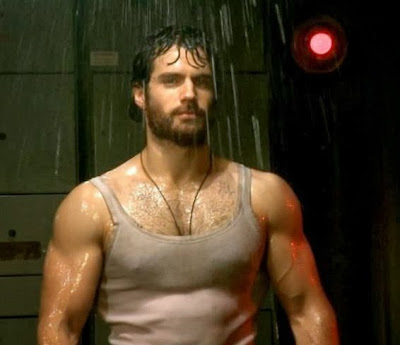 The question at this point is whether Cavill’s heading for a career like Christian Bale’s, mixing other blockbusters with high-profile indies, or whether he’ll suffer the same fate of the previous Superman, Brandon Routh. He hasn’t quite become a household name yet (though his Steel-y shirtless physique did inspire a lot of Tumblr drool), so a lot will be riding on Guy Ritchie’s The Man From U.N.C.L.E.

We agree that U.N.C.L.E. will definitely be a test for Henry, but one that Solo will pass with flying colors.
Read more on the factors that helped determine Henry's ranking, including likeability and tabloid value. 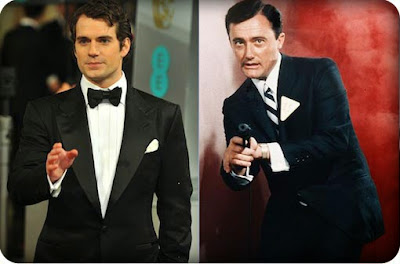 To find out what the original Solo, Robert Vaughn thinks of Henry, check out this new interview.

Moving on to Superman talk, Warner Brothers took part in a Variety panel on Monday, in which an exec shared a bit of an update on Ben and Henry in the Man of Steel sequel:

Okay so yes, the PR answer.. but we'll take it! and for the record, Supes rules the cape-wearing. 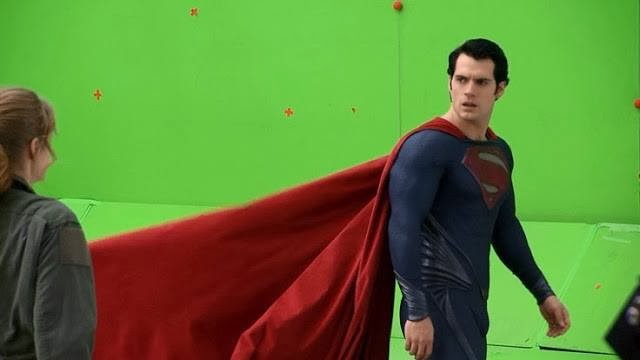 And is Wonder Woman appearing In Batman vs. Superman? read what WB's Greg Silverman had to say. 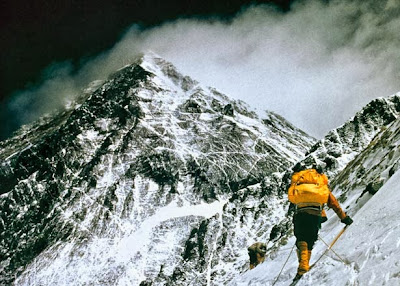 Finally, this one is an interesting Henry mention involving a potential new project. Deadline is reporting he's among a group of actors being considered for a role in Everest:

Everest, the Doug Liman-directed film at Sony, is now bent on starting production in March, and that meant losing Tom Hardy, who was going to play George Mallory, the famous British mountaineer who rallied a nation with his attempts to conquer Everest. Scheduling didn’t work with Hardy.

Now we know Superman can fly, but unless that March start of production changes we just don't see how Henry could be part of Everest, since he'll be busy filming Man of Steel 2 around the same time. Having said that, it would be fun to see him as a hiker (and he already has an expert aka Mark Twight by his side).
We'll keep you posted.

Email ThisBlogThis!Share to TwitterShare to FacebookShare to Pinterest
Labels: Batman vs. Superman, Buzz, Henry is THE man, Projects