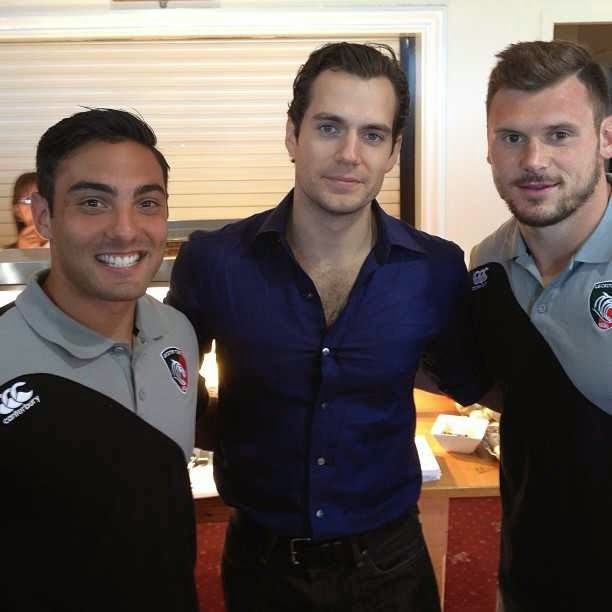 Who knew a friendly game of Rugby last summer in Jersey, would lead to such camaraderie. Henry was home after wrapping up the Man of Steel promo tour, when he attended a pre-season game between Leicester and Jersey. What followed was a fun night out on the town, that started with a bus ride with Superman.


"It was kind of surreal being on a night out with Superman, but he was cool. Henry is a really nice guy, really down-to-earth and not at all a spoiled Hollywood diva-type."

You can read more at the Leicester Mercury and see the rest of the pictures in our wrap from that day. Fast-forward to this week, when a tweet by the Marcos Ayerza Testimonial caught our attention. 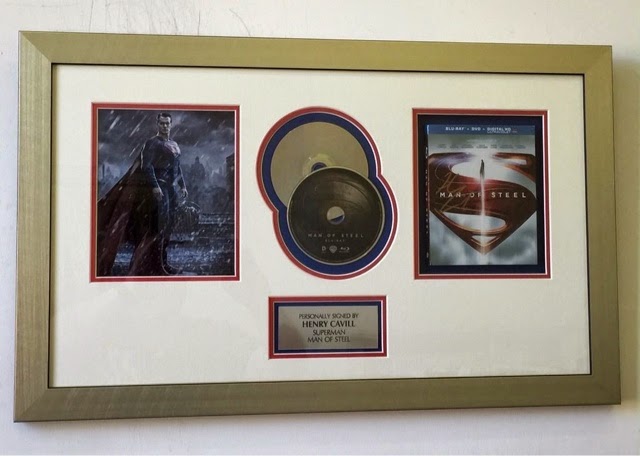 
The auction is part of the official launch of the Marcos Ayerza Testimonial, which will highlight his accomplishments with the team. 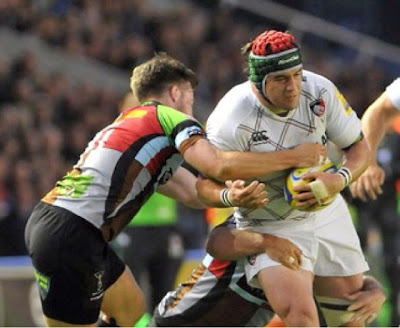 The exclusive dinner is set for tomorrow night at Welford Road, home of the Leicester Tigers. We reached out to the organizers for more information on Henry's donated item, and this is what they had to share:

Some of the Leicester Tigers boys kept in touch with Henry and his team after their night out in Jersey last year, and when approached for his assistance in getting some auction prizes he was only too happy to help. He is a big rugby fan in general and seemed delighted to meet some of the Tigers and International players after the match in Jersey.

The Testimonial is for Marcos Ayerza, Leicester Tiger player and Argentinian prop. However proceeds from the benefit year also go to 3 charities; Hope Against Cancer, Affinity Trust and the Matt Hampson Foundation (the latter of which helps injured sportsmen with rehabilitation).

And they tell us more items donated by Henry are on the way!

We have a couple of other prizes Henry has kindly donated that will be up for auction during our Ladies Night in Leicester on 3rd December. This features the first team Tigers squad as your wine waiters for the evening, ladies only of course. Tickets are on sale now, we usually expect over 600 women to these events!

If you're interested in attending, go to matestimonial.com. We'll bring you an update, when we hear what items donated by Henry will be up for auction during that December event. It's so nice to see Henry helping not only his two charities of choice (Durrell / RMCTF), but other causes as well. You have our full support Superman!

Email ThisBlogThis!Share to TwitterShare to FacebookShare to Pinterest
Labels: Charity Auction, Henry Is Such A Sweetheart, Leicester Tigers, News