"Get Ready For Something Different" Sand Castle Screenwriter On Henry 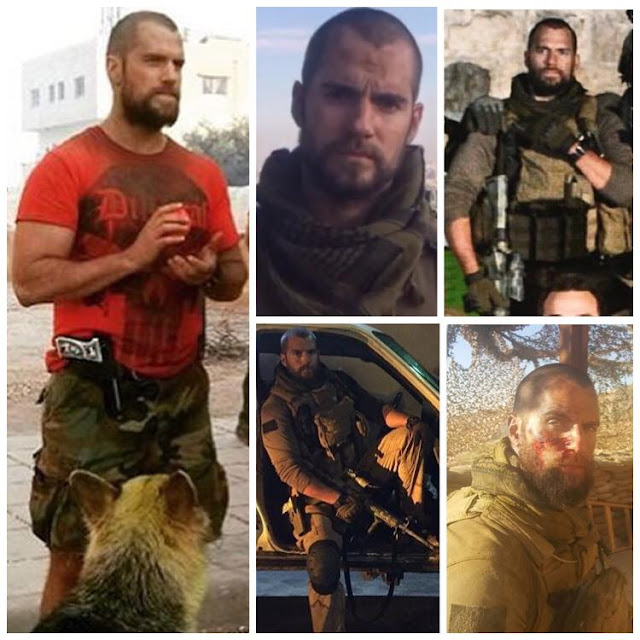 As we get closer to 2017, the anticipation for Henry's Sand Castle appearance keeps growing. Earlier this month director Fernando Coimbra spoke about working with Captain Syverson, and the experience of filming the Iraq war drama in Jordan. Now screenwriter Chris Roessner has shared a bit more with HCO on Henry's character:

I don’t want to give too much away. His character reveal is so exciting that I’d hate to rob the audience of that. What I will say, is that Syverson is a Special Forces team leader who exists as a character foil to our main platoon. Syverson’s business is war. He is not ‘passing through’ so to speak, like some of the other characters. There is no talk of ‘going home’ or what dreams lie ahead for him. Iraq is where he belongs, he’s been there a while, and he takes the job very seriously. One assumes that after the film ends Syverson would be shipped off somewhere else... Afghanistan, Somalia, etc. to solve the same problems. He is smart, tough, the embodiment of human potential operating at its fullest.

How did Henry Cavill get cast for the role of Captain Syverson?

I know I speak for the Sand Castle team when I say we were all overjoyed to hear Henry wanted to play Syverson. I’d known that his brother was/is a Royal Marine and I’d heard through the grapevine that Henry takes portraying the military very seriously. Obviously, that serious attitude was shared by all of us. No one was interested in being cartoonish, or displaying chest-beating masculinity without nuance. Henry had the same outlook and that made it a perfect fit. He felt the responsibility that we all felt and we were lucky to have him.

What was it about him that made Henry a good match for the role?

Certainly, what I mentioned above. Beyond that, on a surface level, he sure as hell looked the part. I mean the guy is Superman. You’ve seen the films. He’s in ridiculous shape. And these Special Forces soldiers I know, when they aren’t on missions they’re working out. That’s the lifestyle and the body type follows. So that was clear. Then Henry shows up in Jordan and on, like, Day 1 the guy shaves his head. Now, I’ll echo what our director Fernando has said which is that Henry is virtually unrecognizable. That’s true. Secondly, I’d say that it’s usually the case that actors who take a role ‘against type’ do so carefully, thoughtfully, and passionately. Henry is a busy man, deservedly so, and taking the time to do our film showed a real commitment to something different. I mean, let’s be clear, there is no monetary incentive for anyone to make a war film independently. You have to be in it for the right reasons, for the story, to push yourself beyond your comfort level, to grow. Henry had that attitude and I think people will be very surprised at the performance he delivers. Get ready for something different.

Any funny or interesting stories about Henry's time on the film?

Quite a few. My favorite is from the cast dinner, right before production. So, the whole cast is having a banquet style dinner at a nice restaurant in Amman. Henry’s seated across from me, we’d just met and hadn’t really spoken much, so I was expecting it to be a bit awkward. But the total opposite was true. We started speaking about our families, where we’re from, our upbringing, etc. It was refreshing. Now, to put it in context, I’m from the Rust Belt and the South in the U.S. I don’t get star struck by movie stars, but I do get star struck by good human beings with good values. Henry was that guy from word one. Grounded and decent. We talked a bit about our parents, the hours passed, the dinner was over, and I realized we didn’t mention the movie once. It was great.

You can read the rest of Roessner's interview over at HCO. The film is expected to be released by Netflix in 2017, but no date has been given. We'll keep you posted.
Posted by Blog Administrator