A friend in Rio sent this to me today. Such a cool piece by renowned superhero artist Alex Ross. Rio holds some special memories for me and this image has me very excited to go back. Carnival anyone? #Rio #Brasil #Superman #AlexRoss
A photo posted by Henry Cavill (@henrycavill) on Dec 19, 2016 at 12:17pm PST


Henry has been spreading holiday cheer on social media for several days in a row now. Today's post immediately led us back to a comment by our reader Deo, after Henry shared that first Christmas tree pic:

"Does he ever prove to NOT be Superman? Him doing this reminds me of the comic "Superman: Peace on Earth", where Supes brought a massive Christmas tree to Metropolis. It's as if the spirit of Superman himself had settled on Henry!"

We're no experts, but you guys are.. and as it turns out this piece was made by Alex Ross for Peace on Earth.. 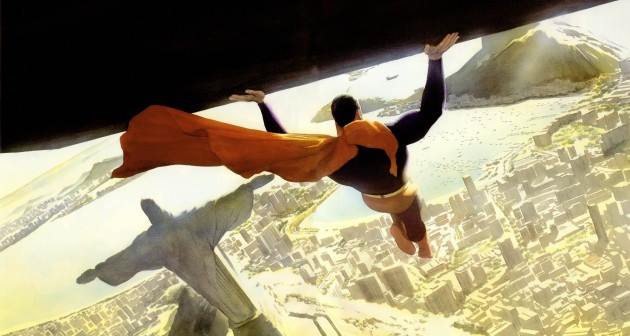 We're sensing a theme.. and we could certainly use a little hope in the world right now.

Thanks, Superman.
Posted by Blog Administrator