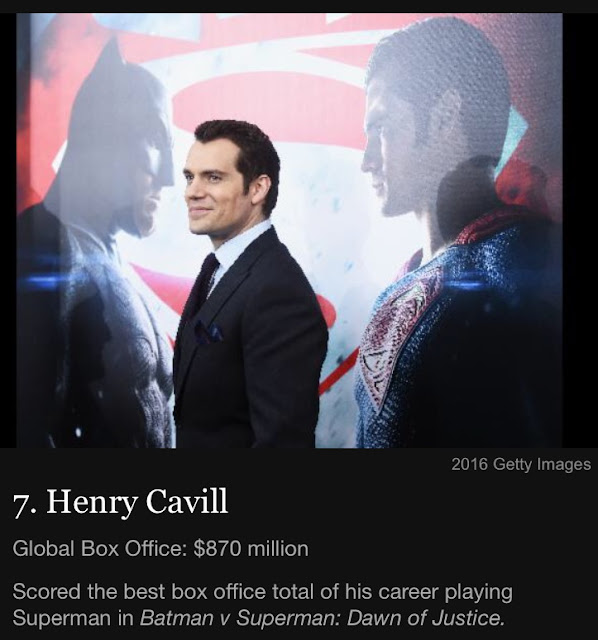 Forbes has released its list of top grossing actors of 2016, and Henry comes in at #7, right behind Ben Affleck and Amy Adams!

"To calculate the ranking of top-grossing actors, we added up the 2016 global ticket sales of top actors’ films released this year, using data from Box Office Mojo as of December 27, 2016. We did not count animated movies where only actors' voices were used and only included actors who were top-billed and/or had the most screen time."

See who else made the list over at Forbes.

Justice League will mark the return of Superman, and Henry will also reprise his superhero role in a second standalone film. The excitement is already building for both.