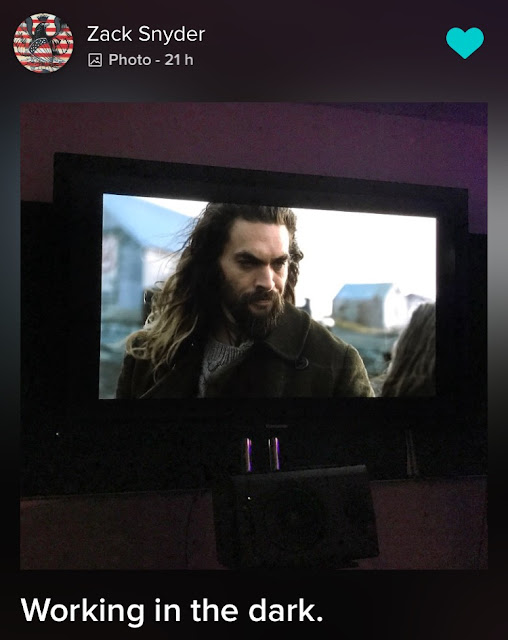 Director Zack Snyder definitely knows what gets people excited. On Wednesday, he shared this Justice League sneak peek, and the caption seems to hint that he's been busy editing the film.. or could he be preparing the trailer?? it would make for a SUPER Christmas!

Later Zack tweeted this sweet video put together by Jason Momoa, that includes some behind the scenes of Aquaman in action. Make sure to check it out below.


There is a lot going on in the DC movie world, including apparent confirmation that the standalone Batman movie is coming in 2018.


Coupled with news that Justice League Part 2 is now reportedly delayed, it likely means we could see the Superman standalone in 2019. Here's hoping!

Recently Jeremy Irons shared a bit more on his character in Justice League..


And a quick update for those of you who love Harley like we do!


Finally, today is THE LAST DAY to vote for Batman v Superman as Favorite Action Movie at the People's Choice Awards. Let's do this for Supes! VOTE NOW.