The #JusticeLeague has arrived! 🙌 We're finally getting a sneak peek at #TheFlash, #Batman and #WonderWoman teaming up in this EPIC new photo from the upcoming @justiceleague movie! 👊 Click the link in our bio to get more details on the film. #DC #DCEU 📷: Warner Bros. Pictures/DC Comics
A photo posted by Entertainment Weekly (@entertainmentweekly) on Dec 20, 2016 at 6:28am PST

Director Zack Snyder reportedly told a fan last week, that we wouldn't have to wait long for some Justice League news.. and sure enough today we got this awesome new image.

It's pretty obvious by now, that anything that has to do with Supes and his return is being kept under wraps and we totally get it. But it's still kind of a bummer not to see him in the early promo.

Just imagine when he does show up though.. HYPE. And we loooove what Zack Snyder had to say:

"I’m super happy with the chemistry of my league of justice doers."

READ THE REST at Entertainment Weekly.

We're also really excited about Wonder Woman's solo film, and Gal Gadot released a gorgeous new pic that goes with a MUST READ article by Time.


As 2016 comes to an end, Batman v Superman has made IMDb's Top 10 Movies of the Year, along with Suicide Squad which came out on top.


DC is just getting started!.. Congratulations to both films. We can't wait to see Superman's big entrance in Justice League. 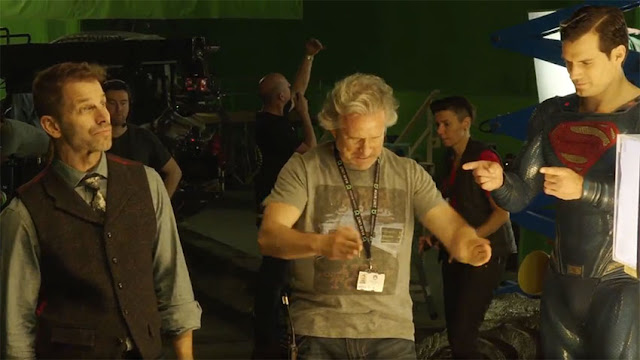