Watched the latest Cirque Du Soleil show called "Kurios" tonight. I am always so taken aback by the exceptional talent of the performers and the incredible creativity that goes into the production. Thanks guys and gals for making my night! #CirqueDuSoleil #Kurios
A photo posted by Henry Cavill (@henrycavill) on Dec 27, 2016 at 8:25pm PST

No matter what production they put on, you can count on Cirque Du Soleil to entertain you with their whimsical acts. Tonight Henry attended a performance of Kurios in South Florida, and as you can see he had a good time.

The internet is still very much abuzz over his Christmas Day post with Dwayne Johnson, where he hinted at a battle to come beween Supes and Black Adam. Today Johnson shared a bit more on their meet-up.

This art is 🔥🔥. We had Cavill over to the Johnson family household for Christmas. A good day. Tequila & whiskey. #BlackAndSups ⚡️ https://t.co/89pyqkdAXP
— Dwayne Johnson (@TheRock) December 27, 2016

It's nice to see that whatever injury Henry is recovering from, is not stopping him from enjoying the holidays. 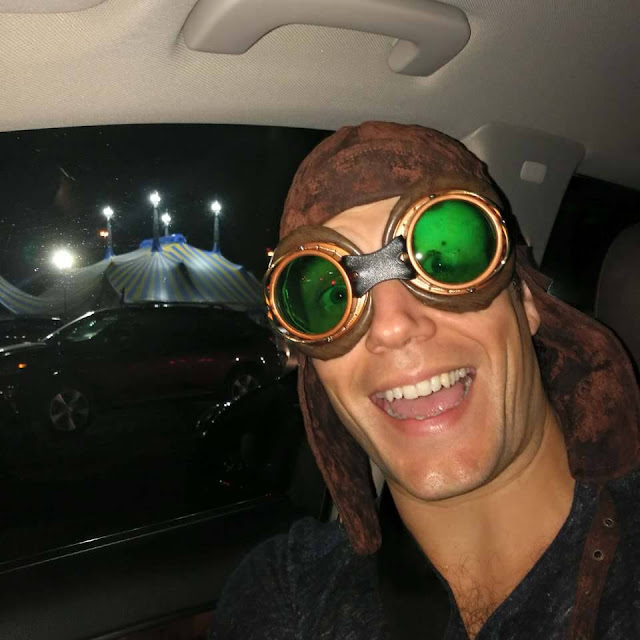 @HenryCavillNews Henry is such a dag but a very adorable dag.
— Suzanne (@Flossywall) December 28, 2016

@HenryCavillNews only he could wear that & still look adorable lol Love seeing him having fun in Florida! 😃👍
— Michele (@rit2424) December 28, 2016

Is that #Superman? A #KURIOS #CirqueduSoleil artist? Nope, it's #HenryCavill who looks like he's ready to fly away and join the circus! 😄 pic.twitter.com/682sz760gA
— Cirque du Soleil (@Cirque) December 29, 2016