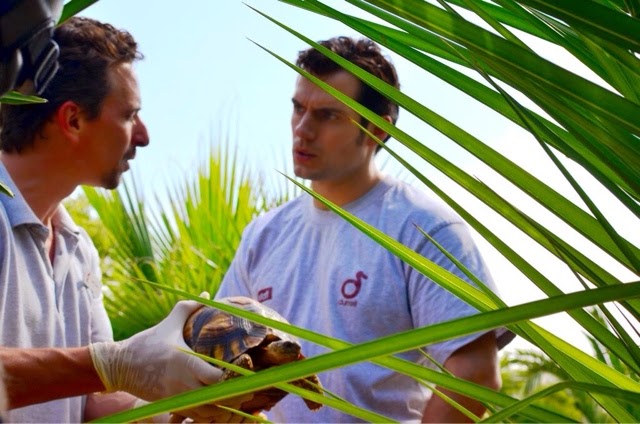 Henry has published a wonderful new message on cavillconservation.com. Check it out and leave him your message of support! -- And while you're there learn how you can help him save endangered species.
Happy Wednesday, everyone.

I hope the news I have for you today will go some way as to showing you why supporting Durrell Wildlife Conservation Trust is worth your time.

Obviously, I am extremely proud of my home Island of Jersey. Even more so when I learn that the spiritual home that I share with my chosen wildlife charity has made a larger impact on the natural world than even I imagined.

A recently published scientific paper* that measures the impact of conservation on the 63 species of animals that have been moved away from extinction (according to the IUCN Redlist), shows that 8 of those species – 12% – are the subject of Durrell-led conservation programmes.

No other organisation can currently claim a higher number or percentage.

To celebrate, on the 28th of January we launched a suite of indicators that show, graphically, exactly the effect we can have on the world – for its animals. It’s called ‘the Durrell Index’, and we hope it will become an ‘industry standard’ as it were, for conservationists to benchmark against. That will hopefully drive and support more conservation work, and show people that there is still hope…that it’s not too late to make a difference for nature.

Learn more about this incredible work at www.durrell.org/index