The Man From U.N.C.L.E. Trailer Keeps Getting Some Loving! 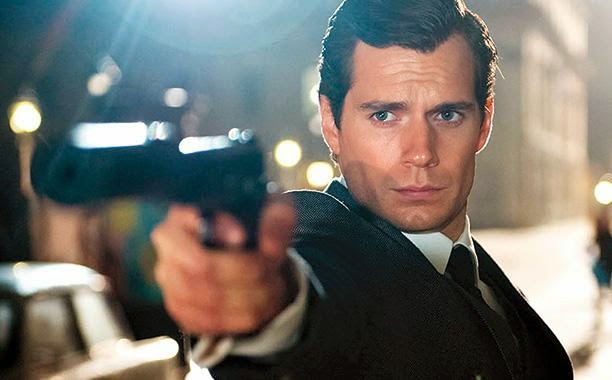 It's been almost two months since The Man from U.N.C.L.E. trailer was released, and people can't stop talking about it! -- The movie critics over at Regal Cinemas just reviewed it for their weekly show, and not surprisingly LOVED IT. Give it a watch.

When The Man from U.N.C.L.E. trailer was released, Warner Brothers set up an official site, and its UK branch now has a twitter as well. Make sure to give them a follow for the latest updates on the film.

And the poster sightings continue! -- This latest one was spotted in Paris.. Vous êtes un homme très beau, Solo ;)


Metro Weekly also just mentioned The Man from U.N.C.L.E. on its 2015 preview:

A CIA agent (Henry Cavill) and KGB operative (Armie Hammer) must work together in this 1960s action comedy to bring down a mysterious organization seeking to sell nuclear weapons. It's a typically bombastic and enjoyable piece from director Guy Ritchie (yes, he still makes films). (8/14)

We're loving the LOVE!! -- And you guys have been just as vocal with your support online..

The trailer for #themanfromuncle got the 60s feel just right. Pretty excited for it #henrycavill
— Alex Rubins (@alexrubins) March 27, 2015

The trailer for the Man from UNCLE looks so slick! Loved the repeats on TV back in the day
— Sharon Hughes (@SharonHughesIre) March 28, 2015

Speaking of old TV shows, the new trailer for #ManfromUNCLE looks amazing. I might have to see that one on opening day.
— Kloman Garrison (@FilmActivist) March 26, 2015