Episode in Limbo: We May Not Get To Watch Henry On 'Top Gear'

UPDATE 3/12: @BBCJersey has confirmed with the Top Gear press office, that Henry is still booked for this season's final episode of the show supposed to air later this month. If it does, we'll reportedly get to watch Henry take a lap in a reasonably priced car. A final decision has not been made on whether it will be broadcast. Details as we get them!

This has turned out to be a busy Wednesday, with a new update from Henry on cavillconservation.com, and a new weekend pic from London! -- However this following news item is kind of a bummer if true. Luca Munro told us that according to Wikipedia (yes, we know.. we know..) Henry was supposed to be a guest on the 9th episode of Top Gear's 22nd season this month. But then real life happened.

The show's host has been suspended by the BBC, after he allegedly punched a producer.

“Following a fracas with a BBC producer, Jeremy Clarkson has been suspended pending an investigation. No one else has been suspended. Top Gear will not be broadcast this Sunday. The BBC will be making no further comment at this time.”

The BBC has reportedly also opted not to show the remaining shows, that include Henry's appearance.

The BBC is set to pull the remaining episodes in the present season of the show, which has a global audience estimated at more than 350 million in 214 territories, following the incident. The next two episodes have been removed from the BBC schedules already, and a third, the final of the season, is unlikely to air either.

Here's a bit more on the show:

Jeremy Clarkson, Richard Hammond and James May host this fast-paced and stunt-filled motor show that tests whether cars, both mundane and extraordinary, live up to their manufacturers' claims. The hosts travel to locations around the world, performing extreme stunts and challenges to see what the featured cars are capable of. Celebrity guests also appear on some episodes to help the guys test the vehicles. Things don't always go as planned, though, with broken bones and mechanical mishaps sometimes part of the experiments.

As you know, Henry loves sports cars, in fact he just did a photo shoot with a really nice one for an upcoming issue of ShortList magazine. 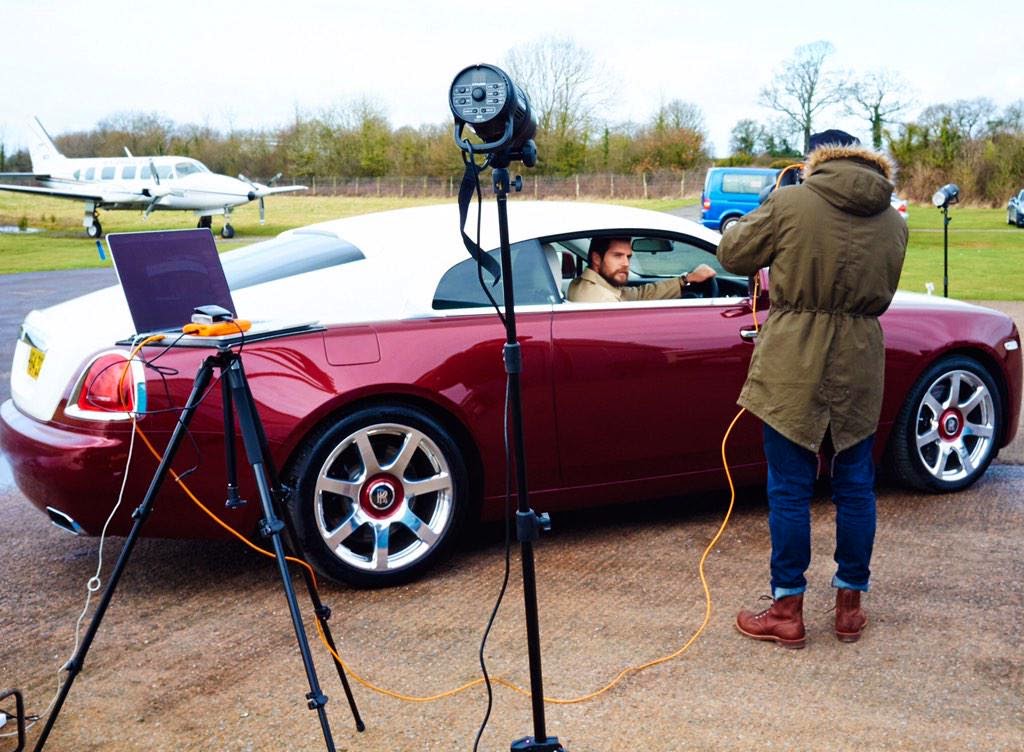 So it would have been nice to see him on Top Gear. Hopefully we still will. Keep you posted as this story develops.
Posted by Blog Administrator

Email ThisBlogThis!Share to TwitterShare to FacebookShare to Pinterest
Labels: All About Henry, London