The Man From U.N.C.L.E. Out On Blu-Ray Next Tuesday 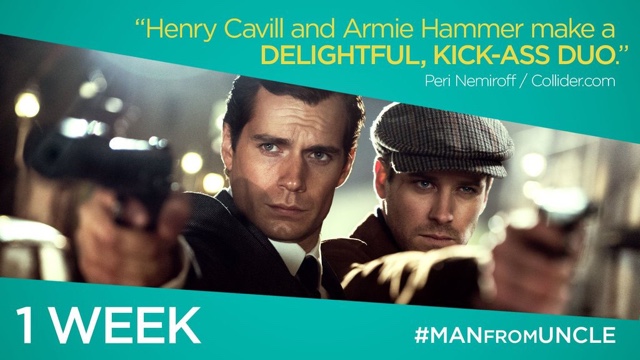 
We've been bringing you updates on The Man from U.N.C.L.E. since May of 2013, when Henry was cast as Napoleon Solo. He played a brilliant agent Solo, who has been delighting audiences all over the world..

Am I the only one who's glad Tom Cruise dropped out of The Man From U.N.C.L.E? Cause honestly, Henry Cavill nailed it. 󾌾󾌾󾌾󾓊
— Mortif Joann (@The_Igecha) November 3, 2015


A week from today you can own the film, that we think shows a side of Henry moviegoers hadn't seen before..


Check out all the special features included in the Blu-ray combo, and get your copy today!
Posted by Blog Administrator