The Gotham fall finale delivered a new teaser from Batman v Superman. Check it out.

Here's an exclusive sneak of #BatmanvSuperman. Tune in to @JimmyKimmelLive this Wednesday to see the new trailer. https://t.co/v0PACa74n3
— Batman v Superman (@BatmanvSuperman) December 1, 2015


The clip gave us a peek at a new trailer that will be released Wednesday, on Jimmy Kimmel Live.


Here's a bit of what the Hollywood trades had to say..

The short clip is literally a staring contest between Batman and Superman (who apparently thinks masks are silly). Everyone's super serious about the whole affair, too (..) But don't worry, you'll get to see more of these incredible brooding stares on Wednesday's episode of Jimmy Kimmel Live, because apparently that's where nerd things happen on television now.

We’ll save a fuller reaction for then, but it’s worth noting, since everyone on social media is talking about it, that this is probably not the film’s actual portrayal of Superman. My guess is that we just saw a paranoid nightmare Batman has about a world ruled by Superman.

Dream sequence or not, we can't wait to see the full trailer. We're staying on top of the very latest for you, as we count down to March 25, 2016.

Team Supes all the way! 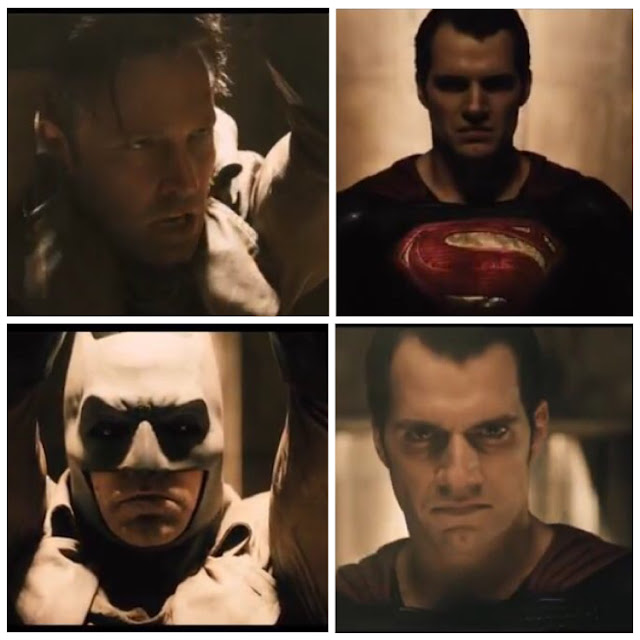