Let's make a movie... #Sandcastle #lonewolf #tanklife
A photo posted by TreeHouse Pictures (@justinnappi) on Nov 3, 2015 at 2:07am PST

That's some military strength right there!

Producer Justin Nappi giving us a preview of what we're in for, now that Sand Castle has begun filming in Jordan. We found out today that Henry is not on set yet. Hopefully when it's his time to head to Jordan, we'll hear about it now that he's on social media.

And you can't have a movie without extras, and lucky Qutaiba Abdelhaq got to play one as production got underway. He posted his pic in a U.S. army uniform on Instagram, saying "Yesterday I was Sergeant Cardoza!" 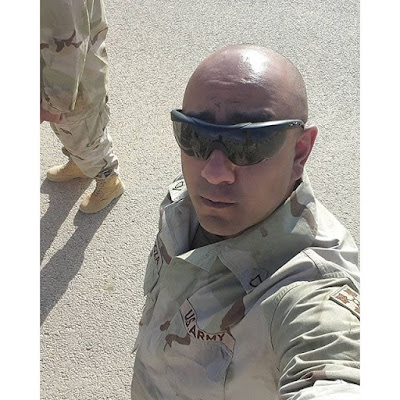 We also got a quick celebratory update from screenwriter Chris Roessner, who is about to tie the knot..


Who knows Amman? #SandCastle is hitting the town... my impromptu bachelor party before I fly home and get married. @sne_k ill be good.
— Christopher Roessner (@CitizenRoessner) November 3, 2015


Now that sounds like a fun bachelor party!.. until the "The Hangover" came to mind :p

The American Film Market begins tomorrow in LA, so fingers crossed we get some Sand Castle news out of there. We're on it!

UPDATE 11/4: Neil Brown Jr. just shared a bit of his experience while working on the film.