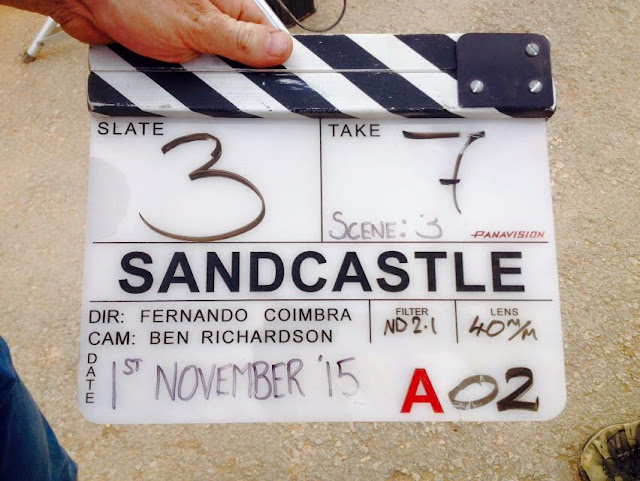 Director Fernando Coimbra shared the first pic from the set, and that was followed by a tweet from screenwriter Chris Roessner, whose life the film is based on.


Henry gave us a preview of his look for the film on Thursday, and the director confirms it was all part of rehearsals in Jordan ahead of filming:

"News from the front. Sand Castle taking shape. Incredible week of tests with the actors."

The tricky part with this shoot, is that we don't really know how big or small Henry's role is in the movie. So while filming is set to wrap January 2, there is no way of knowing if Henry will stay in Jordan the whole time, or fly back and forth from London depending on when he's needed on set.

Hopefully now that he's on Instragram and Facebook, he'll keep us all in the loop. In between his posts we'll continue to bring you the very latest from Jordan, including updates from the rest of the cast and crew. This movie is looking like a real winner, and you know Henry is gonna rock his role!


@HenryCavillNews thanks for the support!!
— Christopher Roessner (@CitizenRoessner) November 1, 2015


UPDATE 11/2: Logan Marshall-Green today shared his view from the other side of the world. Be safe you guys.