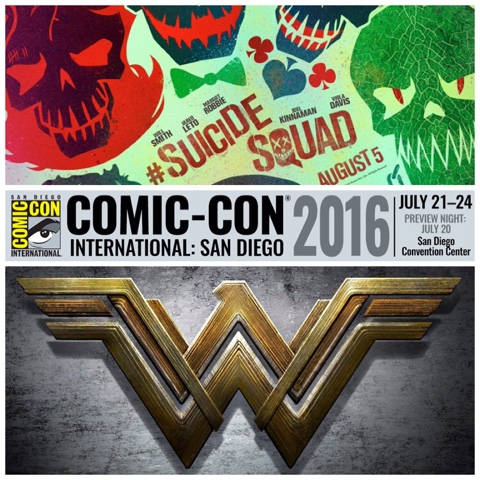 As we impatiently wait for Comic-Con weekend to arrive, the news has slowly started trickling in on what DC & Warner Bros. have planned for fans attending the annual event in San Diego.

Suicide Squad and Wonder Woman are now confirmed to be there, and who knows what Justice League surprises await! 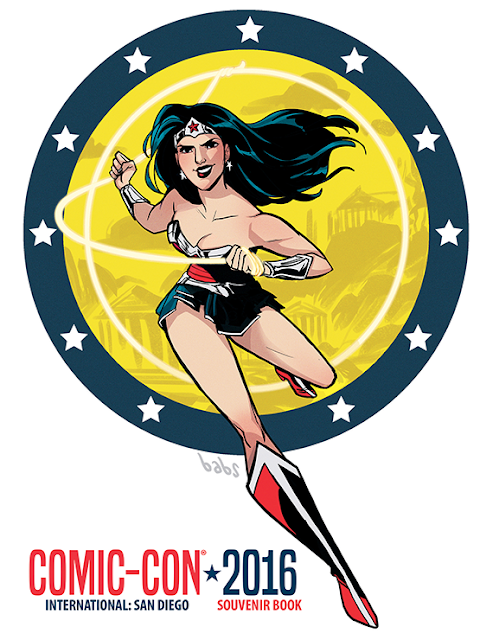 In 2013 it was Superman's time to shine, as Henry represented the icon at his 75th birthday celebration at the con (watch our exclusive coverage). Now it's Wonder Woman's turn.


People magazine has revealed some of what's on the way:

To mark Princess Diana's new duds, DC and Mattel will be releasing a special-edition Barbie – complete with gold-lamé-festooned cape – exclusively at Comic-Con in San Diego this July, where fans can check out costumes from the upcoming Wonder Woman film and attend a 75th anniversary panel talk.

Just like Henry did for Superman in 2013, Gal will likely be in attendance for the Wonder Woman panel talk in addition to the film's Hall H presentation (that has yet to be announced).

The invisible jet will also make an appearance per The Hollywood Reporter.

Attendees to this year's San Diego Comic-Con can expect to see the unseeable — kind of. Warner Bros. and DC Entertainment will be bringing a life-size replica of Wonder Woman's iconic invisible jet to the annual pop culture display as part of a yearlong celebration of the 75th anniversary of the character's creation.

The invisible jet — which will illuminate at night — will be accompanied by a series of one-off Wonder Woman-inspired graffiti artworks..

Get ready folks. So many cool things about to happen! #SuicideSquad
— David Ayer (@DavidAyerMovies) June 14, 2016


Suicide Squad will have a heavy presence in San Diego ahead of its August 5th release.

Every day of the Con, from 10 a.m. to 7 p.m., have an immersive “Suicide Squad” experience when we transform 6000 square feet of San Diego’s Hard Rock Hotel into the infamous Belle Reve penitentiary—the very place where the “worst of the worst” were incarcerated before forming the Suicide Squad.


Take part in a live-action virtual reality experience, fighting alongside Squad members in a scene from the film.

Get your own “Suicide Squad” skull “ink” at Harley Quinn’s tattoo parlor.
Take photo ops in a re-creation of one of Belle Reve’s jail cells.

GET UP CLOSE WITH THE “SUICIDE SQUAD”

Catch “Suicide Squad” talent as part of the big Warner Bros. Pictures’ exclusive presentation in Hall H, additional details of which are forthcoming, and connect with them directly at the DC booth, where stars of the film will meet fans and sign movie posters.

The cast will also make a special ensemble appearance on Saturday, July 23 to tape “CONAN,” which will air that evening at 11 p.m. ET/PT on TBS. 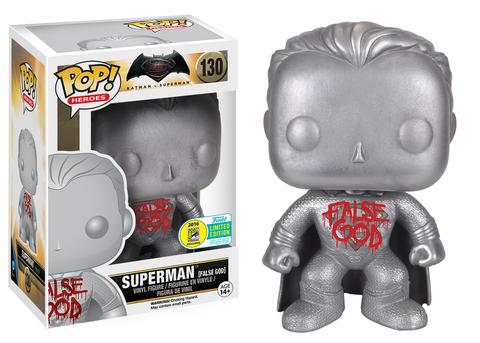 The cool collectibles are always a big draw, and we're pretty sure this awesome Aquaman based on Jason Momoa's portrayal of the character will be a top get (along with Barbie's Wonder Woman mentioned above). 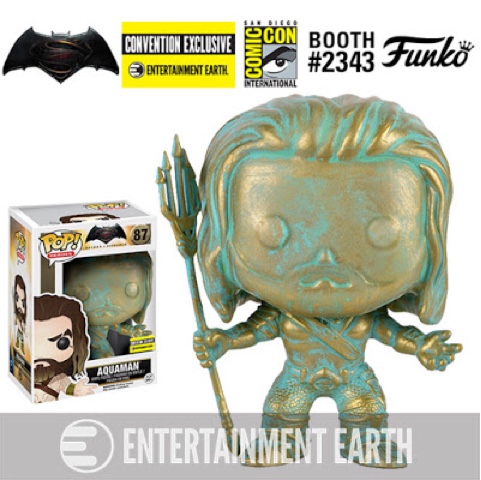 Aquaman has had many names throughout his life – Orin, Arthur Curry, and the King of the Seven Seas, to name a few – as well as appearances, but one thing remains consistent: his regal standing as King of Atlantis.

And this exclusive figure certainly is regal!

Based on the character’s new portrayal by Jason Momoa, Funko’s 4-inch tall vinyl figure gets a patina makeover.

Don’t know what patina is? Think Statue of Liberty. Patina is a thin layer that appears on certain metals and stones, giving both the famed New York statue and this figure their bronze, green, and blue hues.

Available for the first time on July 20, 2016, at the Entertainment Earth booth #2343 at San Diego Comic-Con, fans will have the first opportunity to grab this exclusive!

*NOTE: This item will first be sold during San Diego Comic-Con 2016 at the Entertainment Earth Booth #2343. If supplies remain after the show, pre-orders will be filled and shipped to you then – in August 2016.


Look for updates as we get them. We'll be in San Diego to bring you coverage on everything DC Cinematic Universe, and we hope Justice League will be in the mix.