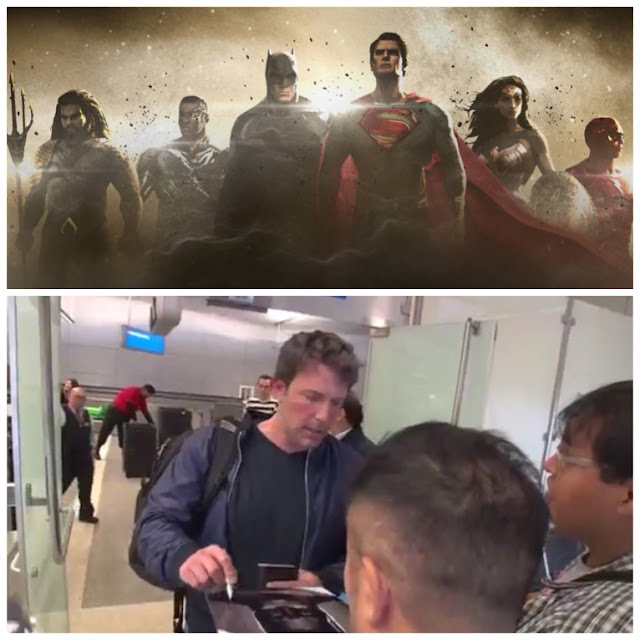 Okay, okay.. let's not get ahead of ourselves.. but Bats, you've just made our Monday!

Ben was returning to LA over the weekend, when the photographers at the airport asked him if he had wrapped on Justice League. He said no, and then he went on to confirm he is headed to Comic-Con:

The Hollywood Reporter says that today crowds at CineEurope got a hello from the set of Justice League, and Henry was there!

Unsurprisingly, Warner Bros. turned it up for the final presentation on the first day of CineEurope in Barcelona, bursting straight into its expanding DC universe with head of international distribution Thomas Molter promising "at least 10 new movies over the next five years."

Crowds on Monday were treated to an extended Suicide Squad trailer, an exclusive behind-the-scenes sneak peek of Wonder Woman and a short skip to the London set of Justice League where Zack Snyder, Gal Gadot and Henry Cavill gave a brief video hello.

Thanks to @caraliscity for the heads up via Comicbook.com.
Posted by Blog Administrator