Henry In July Issue Of Cosmo, It's A Fact: Superman Is The Best! 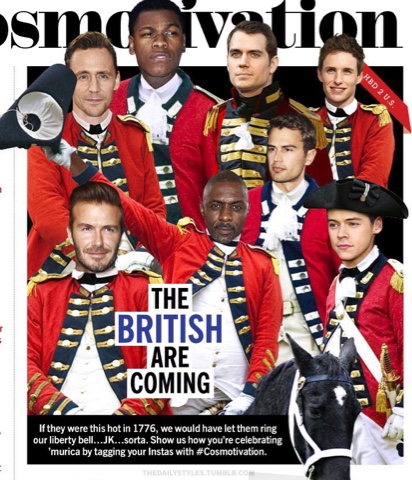 Oh Photoshop, how did we manage to live without you..

Thanks to 'thedailystyles' for giving us a heads up on this fun feature in the July issue of Cosmopolitan magazine. It highlights the best of Britain, but we'd say Henry edges them out, especially after his latest social media post. Such a proud Englishman.

I was thrilled to have been able to pay my respects to Her Majesty on her 90th birthday during Trooping the Colour. It was incredible to watch! #TroopingtheColour #Queensbirthday
A video posted by Henry Cavill (@henrycavill) on Jun 11, 2016 at 11:40am PDT

And for those who doubted it, we hate to say we told you so..


That's right, the science backs us up. Supes is THE MAN.

The results of a seven year study are in, and they show Superman is the best-equipped to handle the bad guys (sorry Batman).

Check out what factors were considered to come up with their final tally over at Slashgear.

Thanks to ‏@iamisaactorres for the tip.

Only two weeks to go until the digital release of the Batman v Superman Ultimate Edition, and set photographer Clay Enos has been posting some really cool exclusives ahead of the big day (June 28).

Head over to his Instagram to see the rest, and keep checking back with us for the latest news on everything Henry.


“Which lives count… and which ones do not?” #BatmanvSuperman #UltimateEdition
A video posted by Batman v Superman (@batmanvsuperman) on Jun 10, 2016 at 9:13am PDT

P.S. Keep voting for Henry and Amy as Choice Movie Liplock at the Teen Choice Awards!