The Batman v Superman: Ultimate Edition is out today on digital HD, ahead of its release on Blu-ray July 19. And you can watch the first ten minutes (video is not available anymore) of it via Fandango's extended clip (see if you can catch the new scenes in there). Today Warner Bros. also released a behind the scenes clip included in the special features, which shows you how the Batcave was made.


We got a chance to check out the Batman v Superman: Ultimate Edition on the big screen last night, at one of the two special screenings in Los Angeles (Thank you Anne and Stuart). And the fans we talked to, were super excited to be there. 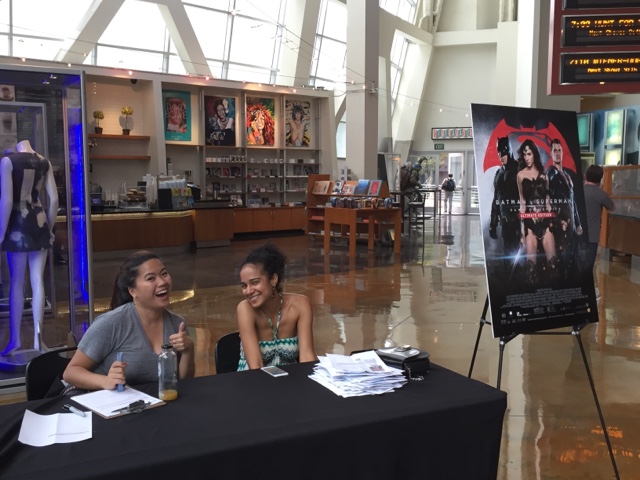 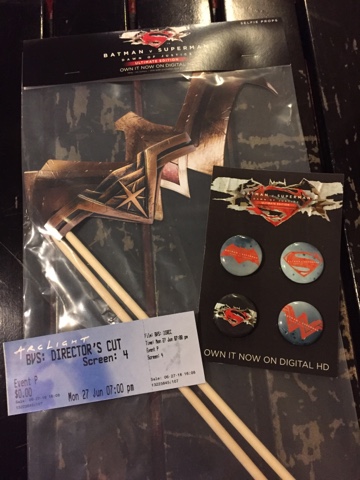 The 30 extra minutes in the "BvS: Director's Cut" are all good scenes. They add context, humor, action, and clear up some misconceptions we might have had about a few of the characters including Superman. You do see a lot more of Henry, as both Supes and Clark. The extended scenes also give a better flow to the film, providing some key answers, but also raising a few others (who paid for Clark's funeral?). Be on the lookout for some cool cameos at the end, and some additional touching moments between Clark and his mom and dad. You'll also get more of his relationship with Lois. We really liked the theatrical cut, and this version is even better. Feel free to leave your thoughts below, we'll continue this conversation when the Blu-ray comes out!